You’ve Got Your Green Card, Now Hang On To It! 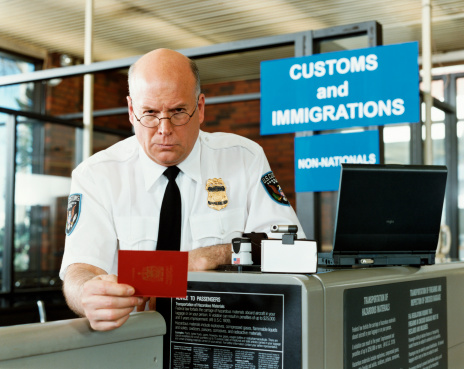 If you physically lose your green card, you can file for a replacement card. No sweat. But what about the potential loss of status as a lawful permanent resident?  I get this question a lot as a Miami immigration attorney.  The answer may seem simple, but yes – your permanent residency will be in jeopardy if you commit an act that the United States government determines is removable, at which point you may be brought before an immigration court to determine your right to remain a permanent resident.

What Kinds of Legal Violations Will Cause Me to Lose My Green Card?

Your lawful permanent resident status can be revoked for both criminal and civil violations. In addition, if you commit a serious offense, the unlawful act can be grounds for immediate deportation.

Committing a crime of moral turpitude will almost certainly place your status as a permanent resident in peril. A crime of moral turpitude has been loosely defined by the Board of Immigration Appeals as “conduct that shocks the public conscience as being inherently base, vile, or depraved, contrary to the rules of morality and the duties owed between man and man, either one’s fellow man or society in general.” The person committing it should have had either an “evil intent” or been acting recklessly.

As such, the crimes of moral turpitude that will place your permanent resident status in jeopardy are usually crimes that involve socially offensive behavior. These include, but are not limited to rape, incest, murder, manslaughter, involuntary manslaughter (some cases), robbery, theft, aggravated assault, spousal abuse, and child abuse.

At this point, I should caution that if you have been convicted of a crime, and are not sure as to the status of your permanent residency, do not guess. I would strongly urge you to  consult with a Miami immigration attorney immediately.

Not Informing the USCIS of a Change of Address

As a lawful permanent resident, you are required to inform immigration authorities of any changes of address. It is disconcerting to note that not many people are aware of the fact that address changes must be reported within ten days of your move. The USCIS takes this very seriously, because reporting your address demonstrates that you are not attempting to evade immigration authorities. As such, it is important to keep your address information as current as possible.

What Else May Jeopardize My Green Card?

For immigration purposes, the USCIS may find that you have abandoned your permanent resident status if you:

Can Long Can I Stay Outside the United States?

Generally, you should avoid taking trips outside the United States for more than one (1) year. If you must stay outside the country for over a year, consider filing for a re-entry permit in advance. If there are  rare instances involving unforeseen circumstances, such as an illness or other condition, you may be able to obtain permission to stay outside the United States for longer than 1 year. You may need to provide verification of the unforeseen circumstances. You may also want to consult with a Miami immigration attorney in regard to this request.

If you think would like more information on green cards and/or obtaining your permanent residence, please contact Miami immigration attorney Michael G. Murray, Esq. at (305)895-2500 or visit our website at www. mmurraylaw.com