Your Immigration Options as a Crewmember 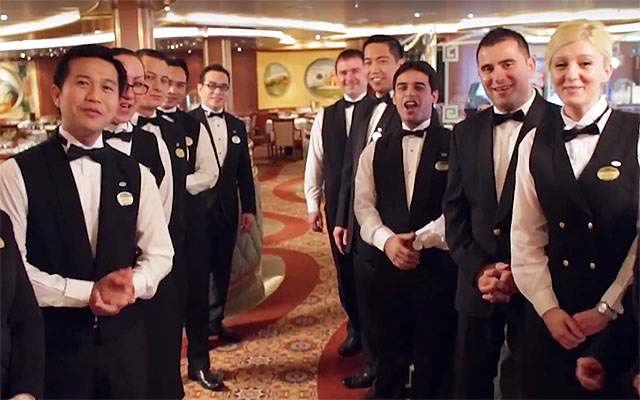 It has often been said that Miami, Florida is the cruise ship capitol of the world. As a Miami immigration lawyer, I have represented crewmembers/crewmen who need legal counsel. If you are a crewmember or a crewman, you may have some questions about your status. Below are some frequently asked questions.

I am entering the U.S. on a crewman’s visa – do I have any prohibitions?

What kinds of issues do I face?

You face several obstacles, including, but not limited to the following: you cannot generally adjust status to that of lawful permanent resident and you are precluded from seeking Cancellation of Removal relief in Immigration Court.  Even if you are  married to a U.S. citizen, a marriage-based Green Card can be out of reach.  If you have any questions in regards to this, you may want to speak with a Miami immigration lawyer.

Do I have any options to adjust status as a crewman?

You may have some options to adjust status as a crewmember/crewman, including, but not limited to the following:

a) Adjustment of Status under Section 245(i)

Crewmen that come under the protection of INA Section 245(i) are not subject to the “crewman bar” if they were the beneficiary of a petition filed on or before April 30, 2001 and pay the government a $1,000 penalty. The qualifying petition may also have been filed for the crewman’s parent while the crewman was under 21 years of age. Crewmen whose qualifying petition was filed after January 14, 1998, and up to April 30, 2001, also need to prove that they were in the U.S. on December 21, 2000 in order to be eligible to use INA Section 245(i).  If the crewman is able to establish eligibility under INA Section 245(i), he or she is not barred from adjustment of status.

b) Misidentification as a Crewman

This mainly applies to an individual who traveled to the U.S. and was incorrectly made subject to the “crewman bar” even if he/she did not meet the definition of a crewman. A crewman is clearly defined in INA Section 101(a)(15)(D) as a person who serves aboard a vessel or aircraft and whose intention in entering the U.S. is to pursue the calling of crewman. As such, only such individuals should be treated as crewmembers under immigration law. Unfortunately, the C-1 visa is often associated with crewmen, and many individuals holding a C-1 Visa or a C-1 entry document (Form I-94) are subject to the crewman bar.  In fact, federal regulations assign the “D” visa classification to crewmembers. The C-1 category is for foreign nationals in immediate and continuous transit through the U.S. Confusion often arises because most crewmen are issued a dual transit/crewmember visa, the “C-1/D”.

Crewmen in the U.S. that are married to U.S. citizens and not eligible to benefit from Section 245(i) are not able to adjust their status in the U.S.  Most already know that the only way under current law to “legalize” their status is to await approval of their immigrant visa petition and then travel to their home country’s U.S. Embassy or Consulate for an immigrant visa interview. However, the day that a crewman that has accrued over one year of unlawful presence in the U.S. departs the U.S., he immediately incurs a 10-year ban from re-entering the country.  However, as of March 4, 2013 the new Provisional Waiver Program allows qualifying applicants for an unlawful presence waiver to submit their waiver in the U.S., and then depart the U.S. with the peace of mind that their waiver has been granted. This new procedure reduces the risk that such an applicant would travel abroad for an embassy interview, only to be denied the waiver and be stuck there for 10 years. Crewmen whose waivers are approved under this program will most likely spend only a few days to a few weeks abroad instead of many months. In order to be eligible, the only inadmissibility ground must be unlawful presence; the crewman must be the beneficiary of an approved immigrant visa petition filed by a spouse, child, or – if the applicant is under 21 – parent of the child; the qualifying relative must be a citizen spouse or parent; the applicant must be present in the U.S. at the time the waiver application is filed; and the crewman must never have been in immigration court proceedings (or the proceedings must be fundamentally closed). Assuming the Waiver is approved, the applicant attends a Visa Interview in his or her home country and is issued the Visa.

Again, if you have any questions in regard to this, it is best to speak with a Miami immigration lawyer.

If you would like more information on your immigration options as a crewmember of a crewman, or on the Provisional Waiver Program, please contact Miami immigration lawyer Michael G. Murray, Esq. at (305) 895-2500 or visit our website at www.mmurraylaw.com.