When is U.S. Citizenship Automatic? 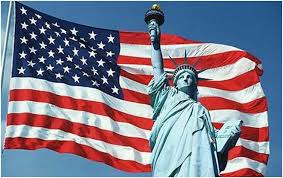 U.S. law on automatic and derived citizenship can be quite complex. It is in your best interest to consult an immigration lawyer in Miami or elsewhere if you have questions in regard to naturalization.

How do I obtain United States citizenship?

U.S. citizenship can be obtained in one of four ways:

You may already be a U.S. citizen and not know it. Most of these people fall into one of three groups:

If you fall into this category, you may mistakenly believe that your long absence from the country, plus voting or military activities elsewhere, have stripped you of U.S. citizenship. This may not be the case. I would strongly advise you to consult with a Miami immigration lawyer to discuss your options.

If your parents or grandparents were U.S. citizens, you may not realize that U.S. citizenship has been passed down the line. Again I would strongly advise you to consult with a Miami immigration lawyer to discuss your options.

For children that were not yet 18 on February 27, 2001, a child derives U.S. citizenship if they meet the following conditions:

For a child already who was already age 18 on February 18, 2001, he/she may have derived U.S. citizenship upon the naturalization of a parent if:

If you think would like more information on how to become a United States Citizen, please contact Miami immigration attorney Michael G. Murray, Esq. at (305)895-2500 or visit our website at www. mmurraylaw.com