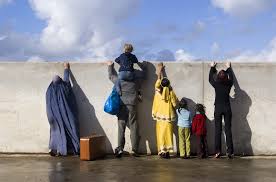 As a Miami immigration lawyer, I have been following with interest a disturbing new development. Undocumented immigrants who enter the United States illegally are becoming less likely to be deemed eligible for asylum, as federal authorities tighten standards amid an increase in Central American migrants this year.

First, as an initial step to request asylum, apprehended migrants who say they are scared to go back to their home country are screened to determine if they have “credible fear” of persecution or torture.

According to a report released to immigrant-rights groups by the U.S. Citizenship and Immigration Services, in the month of July, only 63% of those who claimed they were afraid to return were found to have met that criterion, down from 83% six months earlier.

This decline is not accidental. The marked decrease comes after the agency’s Asylum Division toughened the criteria its officers use during the interviews. The goal of the new guidelines, is to ensure that immigrants with little to no chance of obtaining asylum in immigration court are quickly sent home.

Opposition to the Tighter Asylum Standards

Immigrant advocates say the tougher screening criteria are preventing many immigrants from being able to make a case for asylum before a judge. For starters, this has the effect of turning away people who may very well have been entitled to asylum protection.

What is the Function of the Asylum Division?

The Asylum Division is one of many federal agencies that have been taxed by an influx of tens of thousands of immigrants who have illegally entered the country from Central America this year, many saying they were seeking refuge from gang violence and poverty. Immigrants from El Salvador, Guatemala and Honduras accounted for the majority of the claims.

Challenges Faced by the Asylum Division

Asylum officers have reported challenges in identifying fraud and assessing applicants’ credibility, as well as time constraints, as key factors affecting their adjudications. Some officers report that it is moderately or very difficult to identify various types of fraud, despite mechanisms designed to help identify fraud and assess credibility. Further, assistance from other federal entities to asylum officers in assessing the authenticity of asylum claims has been hindered in part by resource limitations and competing priorities.

The office is responsible for screening migrants apprehended at the border, asking, for example, whether they are being persecuted because they belong to a specific social group or feel threatened because of their race or religion. If their claims are credible, the immigrants are referred to immigration court, where a judge ultimately decides whether they qualify for asylum or other protection. Immigrants who go through that process, which can take years, are sometimes released in the U.S. until their cases are resolved.

Unaccompanied children arriving from Central America do not go through the credible-fear process, as they are routed to the court system directly.

The Asylum Division in February revised the lesson plan used to train asylum officers on credible-fear interviews. The guidelines specify that cases that have “only a minimal or mere possibility” of success do not meet the standard for someone to make their case before a judge.

In the subsequent months, the rate of immigrants who met the standard steadily declined. The number of cases in which credible fear was established, however, continued to grow to more than 3,600 in July from roughly 2,300 in February as there was an overall increase in the number of people apprehended who claimed they were afraid to return home.

Many Miami immigration attorneys would agree that perhaps the most difficult issue of all, however, is the general hostility to many of the Mexican and Central American asylum claims currently being filed. Despite reports of horrific violence, most Mexican and Central American claims continue to be rejected. Some Mexican journalists and human rights activists have been granted asylum, as have family members of law enforcement and union activists and Central American family members of murdered or tortured persons. But many claims asserted by Central Americans are based on forced gang recruitment, and many claims presented by Mexicans are based on violence, including torture and murder, resulting from resistance to extortion or kidnapping by cartels, military, government officials, and sometimes by a combination of all three. Those claims do not fit neatly within the ever-narrowing definitions established by the Board of Immigration Appeals (BIA) through its decisions, of political opinion or membership in a particular social group. This is why it is critical to have an experienced immigration attorney assist relevant client in articulating their asylum claims to fit within recognized social groups.

Before Making the Journey

If you, a friend, or family member have experienced persecution and are considering relocating to the United States to file for asylum, you should contact an attorney prior to arrival to prepare you for the credible fear interview. An attorney can also help by pointing out what types of documents are ordinarily considered in asylum cases.