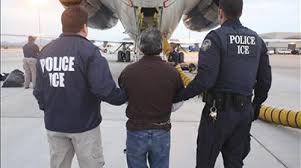 As a Miami immigration lawyer, I have represented numerous Haitian nationals in their immigration cases. In a disappointing announcement this week, the U.S. Department of Homeland and Security warned undocumented Haitians that after a six-year moratorium on deportations to the earthquake-scarred country, the Obama administration is resuming them, citing “improved conditions in Haiti. Below are some frequently asked questions.

Why did the U.S. immigration authorities declare a moratorium on the deportation of undocumented Haitian nationals?

Following the tragic January 2010 earthquake in Haiti, U.S. Immigration and Customs Enforcement (ICE) temporarily ceased removing Haitian nationals to Haiti. On April 1, 2011, ICE announced the resumption of removals on a limited basis of Haitians with final orders of removal and convicted of a serious crime, or who posed a national security threat. If you have any questions in regard to this, you should contact a Miami immigration lawyer for a consultation.

Why have the U.S. immigration authorities decided to resume deportations of undocumented Haitian nationals?

The U.S. immigration authorities have decided that since the aforementioned earthquake, the situation in Haiti has improved sufficiently to permit the U.S. government to remove Haitian nationals on a more regular basis, consistent with the practice for nationals from other nations. In addition, “The United States has recently witnessed a sharp increase in the number of Haitian nationals taking dangerous smuggling routes to apply for admission to our country in the San Diego, California, area without advance authorization,” said an official with DHS, which announced the policy shift Thursday. Again, if you have any questions in regard to this, you should contact a Miami immigration lawyer for a consultation.

Is there a hierarchy in regard to the deportations of undocumented Haitian nationals?

Yes. At the top of the deportation list are those apprehended at the U.S. borders or ports of entries who do not possess a credible fear of persecution or torture; convicted felons and those convicted of significant or multiple misdemeanors; and an estimated 2,000 Haitians with a final order of deportation already issued by a U.S. immigration judge. If you have any questions in regard to this, you may want to speak with a Miami immigration attorney.

I am an undocumented Haitian national, but I have TPS (Temporary Protected Status). Will I be deported?

No. Haitian nationals currently covered by Temporary Protected Status, an immigration benefit granted to tens of thousands a day after the earthquake, are not affected by the policy change. But the policy change will affect thousands of Haitians stranded in Panama, Costa Rica and in transit through other Central and South American nations from Brazil to the U.S.-Mexico border. If you have any questions in regard to this, you should contact a Miami immigration lawyer.

What do immigration advocates in Miami have to say about this new development?

Randy McGrorty, an attorney and executive director of Catholic Legal Services of the Archdiocese of Miami, said the resumption of deportations is disheartening and the timing is bad. Citing humanitarian concerns, the Obama administration halted deportations on Jan. 13, 2010, a day after Haiti’s earthquake left 1.5 million homeless, more than 300,000 dead and an equal number injured. “I don’t think Haiti is in any condition to receive deportees. This is way too soon with the situation,” McGrorty said. “Progress has been made but it’s still a mess. The political situation is incredibly unstable. And on the eve of our election? It’s a problem.”

If you would like more information on the resumption of deportation of undocumented Haitian nationals, please contact Miami immigration lawyer Michael G. Murray, Esq. at (305) 895-2500 or visit our website at www.mmurraylaw.com.