Two Common Waivers of Inadmissibility: the 212(i) Fraud Waiver and the 212(h) Criminal Waiver 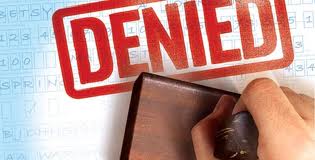 Inadmissibility is a concept that many Miami immigration lawyers grapple with.  First, some basics about this particular topic.

What does it mean to be “inadmissible?”

If you have been deemed “inadmissible” by the United States, I would first suggest that you speak with a Miami immigration lawyer to discuss your options. There are many reasons that make a person inadmissible. These reasons are called grounds of inadmissibility.

Under section 212(a)(6)(C)(i) of the Immigration Naturalization Act (INA), an alien who, “by fraud or willful misrepresentation of a material fact, seeks to procure, has sought to procure, or has procured a visa, other documentation, or admission into the United States or other benefit provided under the Act, is inadmissible.”

Under current immigration statute, the immigrant may qualify for a 212(i) fraud waiver if refusal of admission to the United States of the alien would result in extreme hardship to the citizen or lawful resident spouse or parent of the alien.

What are some examples of fraud?

What are the eligibility standards?

The short answer is; a) The alien must have a “qualifying relative” and; b) adequately demonstrate to the  USCIS that if they are not granted lawful permanent resident status, their qualifying relative will suffer extreme hardship.

I should mention at this juncture that each case is different, and proving one’s case to the USCIS will involve a fair amount of knowledge of the requirements under Section 212 in order to qualify for relief under a 212(i) fraud waiver. It would be in your best interests to speak with a Miami immigration lawyer to discuss your options. It is in your best interest to have a lawyer write a legal brief in support of your waiver with appropriate exhibits.

Again, if you have been deemed inadmissible by the United States government due to past criminal violations, I would strongly suggest that you speak with a Miami immigration lawyer to discuss your options.

What grounds of inadmissibility does § 212(h) waive?

If granted, the 212(h) criminal waiver will waive the following grounds for inadmissibility:

Remember, there is no guarantee that your 212(h) waiver will be granted, as the applications are adjudicated as a matter of discretion. You are encouraged to discuss your options with a Miami immigration lawyer.

That depends. A 212(h) waiver is available to certain individuals who meet the statutory eligibility requirements. By its terms, INA § 212(h) will only waive the inadmissibility grounds relating to: Crimes involving moral turpitude (no limit to the number of offenses);

Section 212(h) is granted as a matter of discretion. If the conviction to be waived was of a “dangerous or violent” offense, the applicant must meet an extraordinarily high standard in order to win a discretionary grant.

I am a Lawful Permanent Resident. Does this mean that I will not get deported?

No. If you are a lawful permanent resident, and you have committed an aggravated felony, or have not been a resident for at least seven years before being placed in removal proceedings, you do not qualify for relief under 212(h).  If you are currently in removal proceedings and are a lawful permanent resident, I strongly suggest that you speak with a Miami immigration lawyer to discuss your options.

If you think would like more information on the 212(i) fraud waiver, or the 212(h) criminal waiver, please contact Miami immigration attorney Michael G. Murray, Esq. at (305)895-2500 or visit our website at www. mmurraylaw.com .