The Sham Marriage Finding – What it is, and How it May Affect Your Case 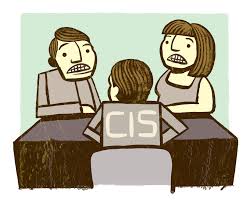 A few weeks ago, I touched upon the I-130 marriage petition. As a quick recap –  if you are a U.S. citizen wishing to sponsor your foreign-born husband or wife for a U.S. green card (lawful permanent residence), your immigration attorney may help you file the I-130 petition- and even if you have the most authentic loving marriage in the world, you may want to take this precaution.

The “real-life” scenario for determining who gets approved for an I-130 and who does not involves a very important burden – that of the sham marriage. Most family-based immigration lawyers are familiar with this term. A sham marriage is one that is entered into in order to circumvent the U.S. immigration laws.  The reason bona fide couples need to be concerned is that many immigrants marry U.S. citizens after their visas expire and while only being together with their spouse for a relatively short duration. These facts, along with the fact that marriage fraud is a rampant problem in the immigration context, causes most adjudicators to heavily scrutinize each case for fraud.

A Valid Marriage versus a Sham Marriage

How Does the USCIS  Detect Fraud?

In order to detect fraud, the immigration authorities require a lot of proof that a marriage is real, including more documentation than for other family-based immigration applicants. They subject marriage-based immigrants to a longer and more detailed personal interview than other applicants go through, as well as a two-year testing period for couples who have been married less than two years when their green card is approved or they enter the U.S. on their immigrant visa.

The U.S. government will not normally follow a couple around or investigate their life beyond the required paperwork and the interviews it always conducts. But it has the power to do so if it sees grounds for suspicion. Inspectors of the Department of Homeland Security can visit your home, talk to your friends, interview your employers, and so on. By requiring more of married couples than of others, the U.S. government has set up a system that gives it a lot of information about whether a marriage is the real thing or not.

What are some Red Flags of a Sham Marriage?

The following are some indicators a petitioner has entered into a sham marriage. They include, but are not limited to:

Overcoming a Sham Marriage FindingAs any Miami immigration attorney will tell you,  the approval of any immigration application is completely discretionary.  To overcome the burden of proof for a valid marriage, you and/or your spouse may choose to do the following. This is by no means an exhaustive list, and you should consult your immigration attorney for advice on how best to proceed:

1. Tell Everyone About Your Marriage!

Immigration officers suspect marriage fraud when couples keep the fact of their marriage a secret from family and friends. They also suspect fraud if public agencies continue to list separate addresses- make sure your bank, Department of Motor Vehicles or Secretary of State’s office update your records to reflect your shared residence. Be sure to cultivate friends outside of the marriage who can later testify about what they know, if necessary. Participate together in community, religious and social organizations and functions. The more people with whom you share your lives, the more evidence you will have to overcome a USCIS fraud finding.

Keep and maintain every possible scrap of paper you can to show that you live together and have a shared life. Keep copies of e-mail correspondence, cell phone records, occasion cards between the two of you. Make certain that leases, property titles, tax returns, bank accounts, credit cards, life and health insurance, and other records are in both names and reflect your marital residence. Be sure to document your lives together- at home, on vacation, at family gatherings, at restaurants, etc.

What Happens if I Get a Sham Marriage Finding?

If the immigration authorities determine that you have entered into a sham marriage, they will deny the I-130 petition, I-485 adjustment of status application, I-751 petition to remove conditions on resident status, I-360 Special Immigrant abused spouse petition or N-400 naturalization application.

At this point, it would be wise to speak with your immigration attorney, if you have one. He will she will request  a copy of the administrative file through the Freedom of Information Act, fully review the reasons behind the denial, and prepare to contest it. Thereafter, you may be able to refile with better evidence or appeal an adverse decision.

For more information about a sham marriage finding, marriage fraud, or simply filing a marriage-based I-130, please contact Miami immigration attorney Michael G. Murray, Esq. at (305)895-2500 or visit our website at www. mmurraylaw.com .