The Rocket Docket – Deciding a Family’s Future in Mere Minutes 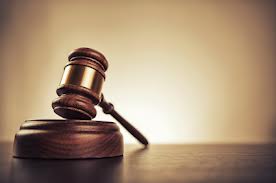 Immigration attorneys in Miami and elsewhere can often be found discussing one particular phenomenon – the “rocket docket.”  A rocket docket is what happens when the immigration court system is overburdened, leaving judges with, in extreme cases, only a few minutes to rule on  the complicated future of undocumented immigrants in the United States.

While Congress and the White House make promises about the future of undocumented immigrants, this is the place where decisions must be made — day after day, case after case, in one of the 57 overwhelmed immigration courts across the country.

Undocumented immigrants try to prove they deserve to remain in America by bringing their versions of America with them to court: wives carrying family photo albums; babies wrapped in American flag blankets; pastors, bosses, neighbors and community soccer teams, all of whom fill the courthouse and sometimes kneel in the hallways to chant or to pray.

A lot to prove in very little time

As a Miami immigration lawyer in one of these “rocket docket” scenarios, one of my biggest challenges becomes how to overcome the burden of proof  in a very short amount of time. If my client has a criminal record, for example, I would have to adequately demonstrate to the judge that he or she is not a flight risk, has not committed what is a considered a crime of “moral turpitude,” and that he/she is gainfully employed, and is a functioning member of society. All this must be done as effectively as possible, as many Judges face immense pressures to clear their dockets.

Many of my clients are not the perfect face of undocumented immigration but the complicated heart of it — not college graduates, or victims of violent crime, or active military members, or breast-feeding mothers, or “dreamers,” or members of any one of the small groups for which Obama has created patchwork immigration solutions. Many of my clients are individuals whose mistakes had been compounded by fear and bad luck, and whose paths to stay in the United States are as complex as they were uncertain.

Burdens on the Judiciary

Immigration judges face a tremendous burden – some of them hearing 1,500 cases per year, compared with the 440 that federal judges have to decide.

In addition, immigration judges are oftentimes scheduled to sit on the bench for 36 hours a week and listen to asylum cases that detail people’s escapes from gangs, rapes, beheadings, human trafficking and torture. Then, they have to objectively ask those people for the documents,  for the proof. They have to make a judgment about the character of those people, first through a video feed and then through an interpreter; and then judge the merits of their cases in the shifting landscape of immigration law. Lastly, after synthesizing so much information, they have to render a confident, artful decision on the spot, because the schedule allowed little time for reflection before the next case begins.

It is clear that increased funding is urgently needed to address the growing issue of overcrowded immigration courts. Even in the face of that daunting fact, a hiring freeze has reduced 272 judges to 249, and a congressional proposal to hire 225 more stalled last year in the House. Nearly half of the judges who are left will be eligible for retirement in the next year, which means caseloads are again expected to rise.

For more information about representation in the Miami Immigration Court or elsewhere, please contact Miami immigration attorney Michael G. Murray, Esq. at (305)895-2500 or visit our website at www. mmurraylaw.com .