The Effects of the Trump Immigration Ban on Business 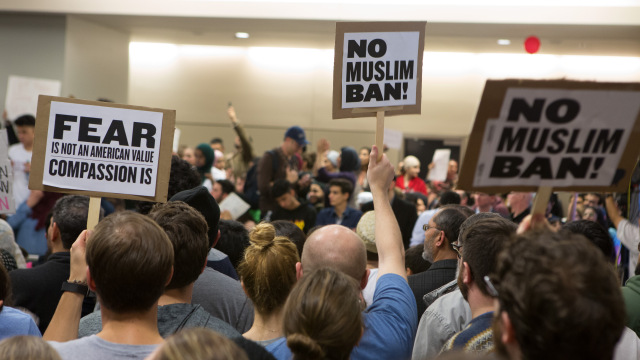 As a Miami immigration lawyer, I watched in alarm last week as President Trump signed an executive order to bar Syrian refugees from entering the U.S. and suspend all refugee admissions for 120 days. His order also blocks citizens of Iran, Iraq, Libya, Somalia, Sudan, Syria, and Yemen—all Muslim-majority countries—from entering the U.S. for 90 days, regardless of whether they’re refugees or not. This order has already caused considerable confusion and tumult all over the country, and within the business community. Below are some frequently asked questions.

Why are businesses reacting negatively against the immigration ban?

For many businesses, especially the tech sector, these orders strike at the core of their operations, and at their commitment to civic engagement, and the rule of law.  All businesses run on human capital. Employers need to be able to  immediately deploy vital personnel anywhere on the planet, wherever business calls, without regard to place of birth or nationality. This is vital to the creation of new jobs and for the U.S. to continue to lead the world economy. If you have any questions in regard to this, you may want to speak with a Miami immigration lawyer.

How many businesses within the United States have been started by immigrants?

According to the National Foundation for American Policy (NFAP), a nonpartisan public policy research organization focusing on immigration and related issues, a little more than half of U.S. businesses valued at $1 billion or more have been started by immigrants. NFAP also found that immigrants make up over 70% of the key members of management or product development teams at these companies. If you have any questions in regard to this, you may want to speak with a Miami immigration lawyer.

What does this mean for foreign workers currently employed in the United States?

If you are a foreign worker currently employed in the United States, you can expect added procedural hoops and bureaucratic delays to arise from the executive order. White House Chief of Staff Reince Priebus has said that “border agents had “discretionary authority” to subject travelers, including U.S. citizens, to additional scrutiny if they had been to any of the seven countries mentioned in the executive order, but it was not clear what that would look like in practice.” If you have any questions in regard to this, please contact a Miami immigration lawyer.

How will this impact future hiring?

The executive order instructs federal agencies to study and issue a report on whether to require more in-person interviews at U.S. consular posts and immigration offices in the U.S., while also adding a nebulous requirement that they evaluate the “likelihood of [an employer-sponsored foreign worker] becoming a positively contributing member of society and the applicant’s ability to make contributions to the national interest.” The order does not specify how employers need to prove this. If you have any questions in regard to this, you may want to speak with a Miami immigration lawyer.

I have an H1-B visa. Will I be affected?

The executive order did not specifically call out those workers who hold H-1B visas, one of the largest guest worker programs in the U.S. Others include international student work visas, business traveler visas, and visas for international students completing U.S. degrees. However, another memorandum from the White House issued last week suggests that the president may be close to signing another executive order aimed at limiting these skilled guest-worker programs. If you have any questions in regard to this, you may want to speak with a Miami immigration attorney.

I am an employer who employs foreign workers. What should I do now?

CEOs and managers should keep communication open with your  staff. Let your workers know that nothing is yet clear about the legality and scope of the orders. You should also be evaluating alternative options under the immigration laws or considering fallback options for employment if your company has a foreign office in a country whose immigration laws are more hospitable are good first steps. Try to stay on top of the latest developments, directly or through legal counsel. Next, develop a new corporate policy or revise existing policy on the sponsorship of foreign workers affected by the executive order. The policy should also include existing green card holders and other foreign citizens with temporary work visas or work permits who may be hurt by the Trump executive orders. If you have employees who are currently inside the United States, who are listed on any of the countries affected by Trump’s immigration ban (Iran, Iraq, Libya, Somalia, Sudan, Syria, and Yemen), be sure to warn your employees not to travel outside of the United States until more clarification is sought on the executive order. If you have any questions in regard to this, you may want to speak with a Miami immigration attorney.