The Basics on Deportation 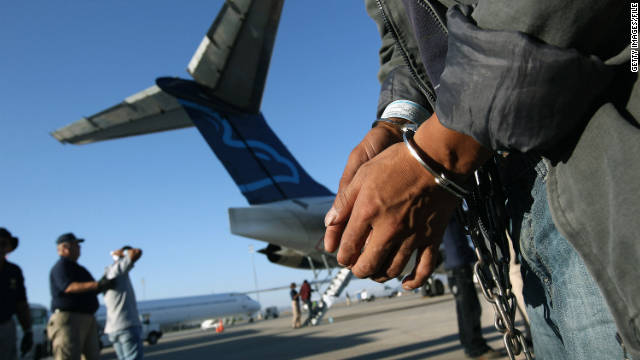 As a Miami immigration lawyer, I represent many individuals who are in need  of deportation defense. Lately, with the incoming Trump administration, the topic of immigration has been in the news again. Below are some frequently asked basic questions about deportation.

Deportation is commonly understood to mean when someone is sent out of the U.S. by the immigration authorities. The preferred technical term these days, however, is “removal.” There are many circumstances under which the immigration authorities can enforce someone’s departure from the U.S., ranging from officers catching immigrants attempting to cross the U.S. border and immediately returning them, to removals of aliens in detention, to issuing an order of removal to an immigrant whose immigration court case has been denied. If you have any questions in regard to this, you may want to consult a Miami immigration lawyer.

Which government agencies are responsible for deportations or removals?

Immigration and Customs Enforcement, or ICE. Everyday immigration matters, such as application processing — which can sometimes aliens into removal proceedings, when the applications are unsuccessful — are handled by U.S. Citizenship and Immigration Services, or USCIS. Again, if you have any questions in regard to this, you should speak with a Miami immigration lawyer.

What type of person may be subject to deportation/removal?

Undocumented immigrants are at risk of being deported. However, they are not the only aliens who can be deported. Any immigrant who violates the terms of his or her stay can be deported or removed from the United States. In addition, any immigrant who hasn’t yet become a U.S. citizen, including a green-card holder (permanent resident) can be deported if he or she does something that is on the list of grounds of deportability. Again, if you have any questions in regard to this, you should absolutely contact a Miami immigration attorney.

What are the grounds deportability?

The grounds of deportability are include, but may not be limited to:

Again, you should absolutely consult with an experienced Miami immigration attorney. Also note that despite the seriousness of being accused of being deportable, some grounds can be overcome by requesting a waiver.

I am facing deportation/removal. What rights do I have?

Non-citizens have the right to a lawyer, as well as other rights under the U.S. Constitution. The immigration authorities cannot simply deport someone without providing a chance to be heard. If you believe that you might have a right to remain in the U.S., you should insist on your right to a lawyer and to a hearing on the merits of their case.

If you are a non-citizen and have not  entered the U.S., you do not have the same rights, and are subject to expedited removal. In other words, you can simply be refused entry unless you have a legitimate fear of persecution if forced to return to your home country. In the latter case, the immigration officials must allow your asylum claim to be heard. Again, if you have any questions in regard to this, you may want to contact a Miami immigration lawyer for a consultation.

If you would like more information on deportation or removal defense, please contact Miami immigration lawyer Michael G. Murray, Esq. at (305) 895-2500 or visit our website at www.mmurraylaw.com.