Special Immigrant Juvenile Status: Everything You Need to Know

Special Immigrant Juvenile Status is a special visa classification for immigrant children who have been abused, neglected, or abandoned by their parents.

What Is Special Immigrant Juvenile Status?

Under INA § 101(a)(27)(J), under the classification of “Special Immigrant Juvenile,” certain undocumented individuals, who have been declared dependent on a juvenile court or placed in foster care, and whose reunification with one or both parents is not possible due to abuse, abandonment, or neglect, can obtain legal immigration status.

Special Immigrant Juvenile Status (SIJS) is a way for immigrant children in the United States to adjust their immigration status to legal status. Although their unlawful entry would make them inadmissible for adjustment of status, if they cannot reunify with their parents because they have been abused, abandoned, or neglected, they may get a green card.

Each year, thousands of children and minors arrive in the U.S. unaccompanied by a parent or legal guardian. The number has increased dramatically in recent years, in large part due to rampant gang violence, extreme poverty, and unstable country conditions in Central and South America.

Once in the United States, if the child is not in foster care, there needs to be an individual willing and able to seek and obtain either guardianship or legal custody of the child.

By virtue of the juvenile court order deciding the guardianship or custody petition or the child being in foster care, the child is deemed dependent on a juvenile court. One parent can seek custody of the child and then file for SIJS due to the other parent’s abuse, neglect, abandonment.

Neglect occurs when a parent fails to provide for a child’s basic needs, such as food, clothing, shelter, or medical care. 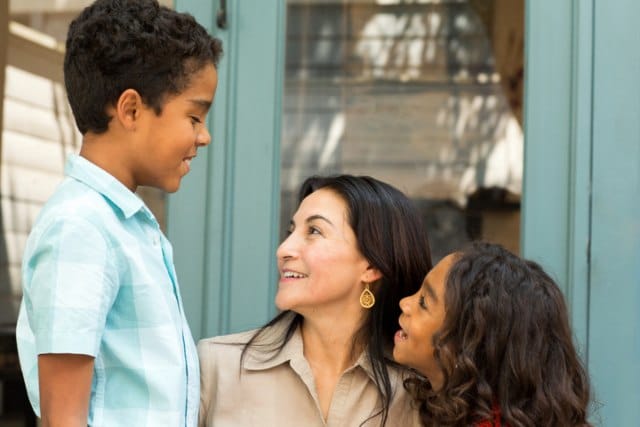 As mentioned above, SIJS is codified in U.S. law under INA § 101(a)(27)(J), which defines a special immigrant and the conditions of such status as the following:

“An immigrant who is present in the United States—

(i) who has been declared dependent on a juvenile court located in the United States or whom such a court has legally committed to, or placed under the custody of, an agency or department of a State, or an individual or entity appointed by a state or juvenile court located in the United States, and whose reunification with 1 or both of the immigrant’s parents is not viable due to abuse, neglect, abandonment, or a similar basis found under State law;

(ii) for whom it has been determined in administrative or judicial proceedings that it would not be in the alien’s best interest to be returned to the alien’s or parent’s previous country of nationality or country of last habitual residence; and

(iii) in whose case the Secretary of Homeland Security consents to the grant of special immigrant juvenile status, except that—

(II) no natural parent or prior adoptive parent of any alien provided special immigrant status under this subparagraph shall thereafter, by virtue of such parentage, be accorded any right, privilege, or status under this chapter;”

A Special Immigrant Juvenile Status attorney can help you better understand how this statute applies to your unique situation. 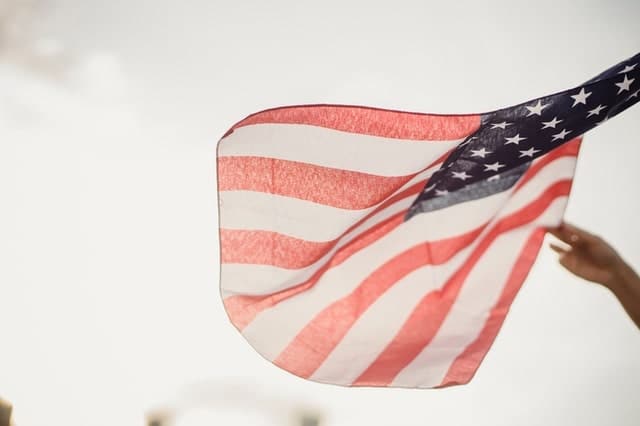 Children who have been granted SIJS may be eligible to apply for green cards. This process is also known as adjustment of status or applying for lawful permanent residence. To qualify for SIJS, the minor must meet the following five factors:

The child can’t apply for this benefit outside of the United States. Additional SIJS requirements include that a child has to be unmarried, meaning that they have never been married or their marriage has ended because of death, divorce, or annulment.

Also, the child has to be eligible for United States Citizenship and Immigration Services (USCIS) consent. They must seek a court order to obtain relief from mistreatment and not directly get this immigration benefit.

One of the most important things is identifying children eligible for Special Immigrant Juvenile Status (SIJS) while they don’t become too old. The age limit in most states is 18 years. Teachers, counselors, and social workers play a significant role in identifying and referring children who are potentially eligible to apply for SIJS.

If you have any more questions about Special Immigrant Juvenile Status, please check out the Immigrant Legal Resource Center (ILRC) website or contact an immigration attorney in your area for more information.

While most of the above requirements are relatively straightforward, one that’s particularly difficult to establish is the condition of abuse, neglect, or abandonment by the minor’s parents. These terms can be challenging to define due to subjective differences in opinion, so it’s essential to understand how they may be defined for SIJS purposes.

According to the Centers for Disease Control and Prevention (CDC), child abuse and neglect can be broken down into four distinct categories:

The CDC defines these acts as preventable acts resulting in harm, the potential for harm, or the threat of harm to a child. Approximately 1 in 7 U.S. children are victims of child abuse, and these acts can result in consequences for the child’s physical and psychological well-being throughout their life.

With so many variables involved in determining whether a child has been a victim of abuse or neglect, it’s important to seek legal assistance before taking action to obtain lawful permanent residence as a juvenile status special immigrant.

When you turn to our legal team about your potential SIJS case, we will gather information about your or your child’s situation and help you determine whether your case meets the SIJS qualifications to become a lawful permanent resident.

If it is clear that child abuse or neglect has occurred and that other requirements are met, we will work to create a comprehensive plan that never loses sight of your or your child’s best interests. 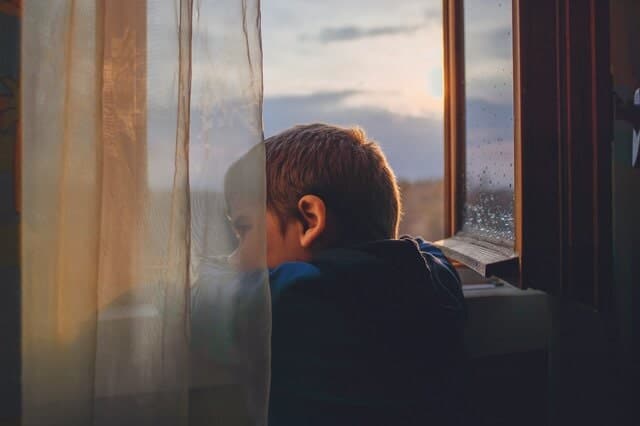 Therefore, if only one parent was abusive or neglectful, the child will still never be able to petition for the non-abusive parent to get a green card.

Of course, there are some advantages to obtaining Special Immigrant Juvenile Status. For instance, the minor child does not need to have entered the U.S. legally and is not required to show any means of financial support—both of which are barriers to most other types of green card approvals.

Also, Special Immigrant Juveniles are one of only a few types of immigrant applicants who are eligible to have the fee for a green card application waived.

For the child to be eligible for SIJS, the juvenile or family court in the state where that child lives has to determine that a child has been abused, abandoned, or neglected.

In addition, the court may also find that a child should not be returned to his or her home country because it would not be in their best interest to return. The child can be made a ward of the state or placed with a family member, guardian, or a state agency.

The two-part process for obtaining SIJS often begins in the family court. It is commenced by initiating a “Suit Affecting the Parent-Child Relationship” (hereinafter “SAPCR”), which seeks the appointment of an individual, including someone other than a child’s parent, to be responsible for the care, custody, and control of the child.

For SIJS purposes, a SAPCR suit may be brought by any of the following persons: 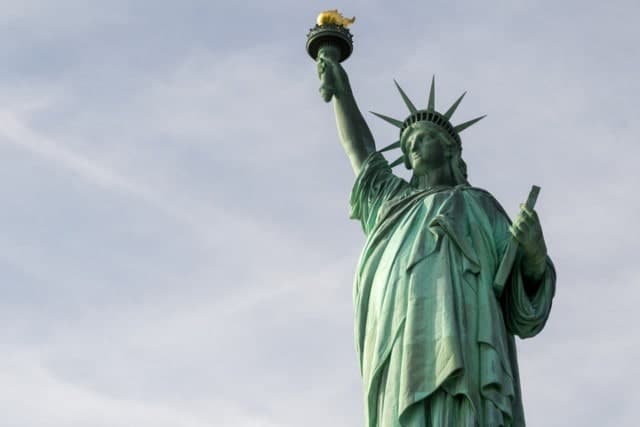 Recent Changes to the SIJS Process

Some changes to the state court process include eliminating the requirement that the court finds the child “eligible for long-term foster care.” Now, a child need not have been in foster care or the child welfare system to be eligible for designation as an SIJ.

Additionally, the court may find the child’s reunification with one or both parents is not viable. The child may have been abused, neglected, or abandoned by one parent and be living with the other parent and be eligible for SIJS.

What qualifies as abandonment, neglect, or abuse differs from state to state and which court specifically will make these decisions. An experienced Special Immigrant Juvenile Status attorney can significantly assist these cases.

Even in Removal or Deportation proceedings, you may still be eligible for permanent residence (green card) through the SIJS program. Decisions regarding SIJS petitions are usually finished within six months from the filing date.

Once your SIJS Petition is approved, we will take the necessary steps to terminate removal or deportation proceedings. Alternatively, we will request the Immigration Court approve your application for Adjustment of Status.

If you or a child under 21 years old you know has been living in the U.S. undocumented and hurt from one or both parents, they may be eligible for Special Immigrant Juvenile Status (SIJS), which will allow them to apply for lawful permanent residency.

In most cases, the office of Michael G. Murray, P.A., will be able to represent minor children in State Court Proceedings as well as with the U.S. Citizenship and Immigration Services (USCIS) and the Immigration Court when it is time to file for the green card. This provides our clients with the benefit of efficiency in time and cost as hiring separate lawyers may be avoided.