So Your Marriage-Based Adjustment Application Was Denied – What’s Next? 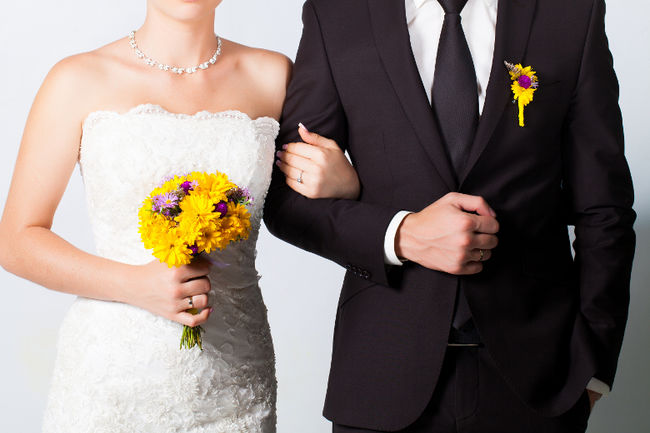 As a Miami immigration attorney who has represented a good number of clients on marriage-based green card applications, I have encountered certain themes throughout my career. There have been several instances where a client has come to my office with an approved fiancé or spouse petition (Form I-129F or I-130) by USCIS, but their subsequent application for adjustment of status (Form I-485) has been denied. In such instances, the next steps can be complicated. This is why I almost recommend that you consult with an immigration attorney for your marriage-based adjustment application.  This way you can better understand what might have gone wrong with your first application, and take the right steps to salvage your chance for lawful permanent residency (i.e.  green card).

Appealing  the Denial, or Trying Again

Adjustment of status is a discretionary benefit. “Discretionary” means just that – the USCIS is not required to grant anyone adjustment of status; they instead make decisions case by case. In other words, no one has a “right” to adjust status. Because this benefit is discretionary, you have no right to appeal a denial. On the other hand, you may have another chance to make your case for adjustment of status. How and when you can do so will depend on your specific situation. Here are some common scenarios:

A. Renewing the Application in Immigration Court

If you do not currently have any other legal status in the United States, then you should be receiving a Notice to Appear (NTA) after your application is denied. This is a summons to appear in Immigration Court for removal proceedings.

If USCIS did not revoke or deny your family petition (either the I-129F or I-130), then, in Immigration Court, you will have an opportunity to “renew” your application for adjustment of status. Again, you should seriously consider retaining a Miami immigration lawyer to assist with this. Your family-based immigration attorney may help you do the following:

B. Starting Over with a New Application for Permanent Residence

Not every person will have a chance to renew an application in Immigration Court. If you are in some other valid status such as on a nonimmigrant work visa, student visa, temporary protected status (TPS), DACA, or are not deportable for some other clear reason, USCIS will not issue an Notice to Appear. Sometimes, you will not receive the Notice to Appear until a significant period of time has passed.

If USCIS did not revoke or deny your family petition (I-129F or I-130) then your Miami immigration attorney may  file a new application to adjust status (I-485) with the petition receipt and all other supporting evidence. You will need to pay all fees over again as well.

Why was Your Adjustment of Status Application Denied?

Whether you will be successful at obtaining a green card either by renewing your claim in immigration court or submitting a new one really depends on why the application was denied in the first place. Some reasons for denial will be easy to overcome, others may be insurmountable. Here are some common issues to consider regarding why your adjustment of status may have been denied:

As a Miami family-based immigration attorney, it is disconcerting how many individuals come to me with otherwise strong cases, but for the lack of bona fides.

“Bona fides” refer to documentation that will help bolster your case to show that your marriage is a “bona fide” marriage, not sham. Some examples of such documentation include, but are not limited to:

If you are truly eligible to adjust status, but just did not prepare your application well the first time, you could succeed when you renew or refile by including more information and evidence. Most often, in cases based on marriage, USCIS may deny an application if it did not think there was enough evidence that the marriage was bona fide.

You were deemed inadmissible by USCIS

It is possible that USCIS believed you were inadmissible for some reason other than lack of evidence. For example, the denial might be based on a past criminal conviction or a prior order of removal. If USCIS was correct about the facts and the law, then you can expect a denial if you renew or refile without first taking other steps to remedy the basis for your apparent inadmissibility. In some cases, you may be able to request a waiver of inadmissibility. The rules for waivers are complicated, however. Again, at this point it would be advisable to speak with a Miami immigration attorney to find out whether you qualify for a waiver.

Your marriage was deemed not bona fide by the USCIS

I cannot stress this enough – the burden is on the applicant to prove that he/she has entered into a bona fide marriage. In order to do so, the applicant must adequately buttress the application with enough documentation to prove to the USCIS that the marriage is not a sham. If you  did not provide enough evidence to prove that your marriage is real, you can think of your immigration court hearing or chance to refile as an opportunity to overcome that issue. However, if the USCIS actually found evidence that you were committing marriage fraud, your chances of success are much lower. At this point, you should absolutely consult a Miami family-based immigration attorney with experience in marriage fraud cases to see if you have a chance at remedying the situation.