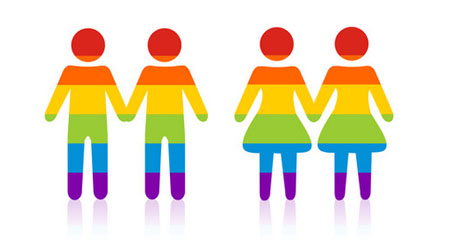 As a Miami immigration lawyer, I frequently handle marriage adjustment cases for same-sex couples. On June 26th, 2015, the United States Supreme Court handed down a ruling that our Constitution guarantees a right to same-sex marriage. This was a landmark ruling, and a good step forward for equal rights for LGBTQ individuals. Since that date, same-sex marriages have been legally recognized in all 50 states. What does this mean for same-sex couples in an immigration context, who are filing for marriage petitions? Read on.

I am a U.S. citizen or lawful permanent resident in a same-sex marriage to a foreign national. Can I now sponsor my spouse for a family-based immigrant visa?

Yes, you can file the petition. You may file a Form I-130. Your eligibility to petition for your spouse, and your spouse’s admissibility as an immigrant at the immigration visa application or adjustment of status stage, will be determined according to applicable immigration law and will not be denied as a result of the same-sex nature of your marriage. However, you may want to speak with a Miami immigration lawyer for further information.

I am a U.S. citizen who is engaged to be married to a foreign national of the same sex.  Can I file a fiancé or fiancée petition for him or her?

Yes, you may. As long as all other immigration requirements are met, a same-sex engagement may allow your fiancé to enter the United States for marriage. Again, you may want to speak with a Miami immigration lawyer to make sure that your application is not denied for other reasons.

My Form I-130, or other petition or application, was previously denied solely because of DOMA (Defense of Marriage Act).  What should I do?

The USCIS will reopen those petitions or applications that were denied solely because of DOMA section 3.  If such a case is known to the USCIS or brought to their attention, USCIS will reconsider its prior decision, as well as reopen associated applications to the extent they were also denied as a result of the denial of the Form I-130.  If you have any questions, do not guess – I encourage you to speak with a Miami immigration lawyer to discuss your options.

What about immigration benefits other than for immediate relatives, family-preference immigrants, and fiancés or fiancées?  In cases where the immigration laws condition the benefit on the existence of a “marriage” or on one’s status as a “spouse,” will same-sex marriages qualify as marriages for purposes of these benefits?

Yes. Under the U.S. immigration laws, eligibility for a wide range of benefits depends on the meanings of the terms “marriage” or “spouse.”  Examples include (but are not limited to) an alien who seeks to qualify as a spouse accompanying or following to join a family-sponsored immigrant, an employment-based immigrant, certain subcategories of nonimmigrants, or an alien who has been granted refugee status or asylum.  In all of these cases, a same-sex marriage will be treated exactly the same as an opposite-sex marriage. Again, if you have any questions, you should speak with a Miami immigration lawyer to discuss your options.

I know that the immigration laws allow discretionary waivers of certain inadmissibility grounds under certain circumstances.  For some of those waivers, the person has to be the “spouse” or other family member of a U.S. citizen or of a lawful permanent resident.  In cases where the required family relationship depends on whether the individual or the individual’s parents meet the definition of “spouse,” will same-sex marriages count for that purpose?

Yes.  Whenever the immigration laws condition eligibility for a waiver on the existence of a “marriage” or status as a “spouse,” same-sex marriages will be treated exactly the same as opposite-sex marriages.

If you would like more information on same-sex marriage and immigration benefits, please contact Miami immigration lawyer Michael G. Murray, Esq. at (305) 895-2500 or visit our website at www.mmurraylaw.com.