Returning to the U.S. After Being Deported 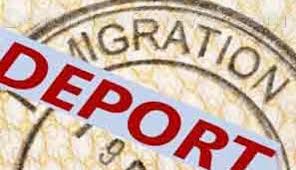 Some of my clients are non-citizens of the U.S. who have been ordered deported (removed) from the U.S. to their home country. If this applies to you, you may be wondering if you have any options. As a Miami immigration attorney, I have met with clients who do, in fact, have some options available to them. Below are some frequently asked questions.

I have been deported from the United States. When can I come back to the U.S.?

If you have been deported form the U.S. you are not supposed to attempt to reenter for 5, 10, or 20 years. Depending on the reason for your removal, you may not be allowed back in the United States permanently.

What does it mean to be “inadmissible?”

I have been deported, and I want to take my chances to come back to the U.S. What are the risks?

If you come back to the U.S. without permission after a removal order, the order could be reinstated. What this means is: an immigration officer can send you back to your home country without letting you see an immigration judge first. Worse, you could be charged with the federal crime of illegal reentry. I would recommend that before doing anything, you should speak with a Miami immigration lawyer to discuss your options.

Can I ever return to the U.S.?

The short answer is: Depending on your unique case, maybe. If you meet the qualifying criteria, you may have separate grounds upon which to request U.S. entry and apply for permission to return to the U.S.

I have been charged with illegal reentry. What are my options?

If you have been charged with illegal reentry, you have the option of retaining a Miami lawyer to represent you.

What happens if I am found guilty of illegal re-entry?

If you are convicted, you may be penalized with up to two years in federal jail, paying a fine, or both. After serving your time (if any), you could be put into immigration court proceedings or removed through the reinstatement of removal by US immigration authorities. As such, I would strongly suggest that you speak with a Miami immigration lawyer to discuss your options, should the above-referenced scenario apply to you.

Can I wait the required number of years and then re-enter the U.S. again?

Again, that depends on each individuals unique circumstances. Generally, if you have a new or separate basis upon which to request a visa or green card you and/or your Miami immigration lawyer may apply to go forward by submitting Form I-212, “Permission to Reapply For Admission Into the United States After Deportation or Removal.”

It allows the applicant to ask the immigration authorities to overlook the inadmissibility based on the applicant’s prior removal.

Am I guaranteed success with my Form I-212 application?

No. Nothing is guaranteed in immigration law, and if anyone promises you results, you should consider reporting that person for conducting immigration fraud. Remember: All immigration applications are discretionary. Each I-212 request is considered on its own merits. The immigration official handling your case will look at factors including but not limited to the following:

It is worth nothing that the more factors you can show in your favor, the more likely it is that the I-212 application will be approved. Again, I would suggest that you consult with a Miami immigration lawyer to discuss how best to proceed.

Can anyone apply for relief under Form I-212?

No. Only certain people can apply for the I-212, including, but not limited to the following:

When should my Miami immigration lawyer file the I-212 application?

Your Miami immigration lawyer will typically file the I-212 application before you enter the United States.  If your Form I-212 and corresponding visa or waiver application is approved, this means that you can enter the U.S. legally, and you will not have to worry about having your removal order being reinstated, or being put in federal jail and/or fined.  Despite the I-212 normally being filed prior to entering the U.S., there are some instances where you can file the application while residing in the U.S.. Again, putting forth a strong Form I-212 application is a complicated task. Thus, it is important to speak with a Miami immigration lawyer to discuss your options.

If you would like more information on your options after deportation, please contact Miami immigration lawyer Michael G. Murray, Esq.at (305) 895-2500 or visit our website at www.mmurraylaw.com.