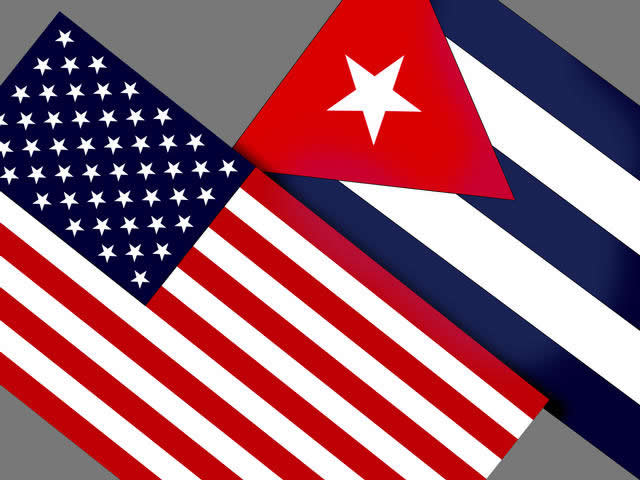 What is the Cuban Adjustment Act (CAA)?

Cubans in Cuba can legally migrate to the U.S. through various migration programs that include immigrant visa issuance, refugee admission, the diversity lottery, and the Special Cuban Migration Program (SCMP), otherwise known as the Cuban lottery. The original Cuban Adjustment Act of 1966 allowed Cubans to become permanent residents if they had been present in the United States for at least 2 years. The Immigration and Nationality Act Amendments of 1976 (P.L. 94-571) reduced this time to one year. Caps on immigration do not apply and it is not necessary that the applicant use a family-based or employment-based immigrant visa petition. Two other immigration rules are also waived. Unlike other immigrants, Cubans are not required to enter the United States at a port-of-entry. Second, being a public charge doesn’t make a Cuban ineligible to become a permanent resident. If you have any questions about the Cuban Adjustment Act, you can speak with a Miami immigration lawyer.

The wet foot, dry foot policy is the name given to a consequence of the 1995 revision of the Cuban Adjustment Act of 1966 that essentially says that anyone who fled Cuba and entered the United States would be allowed to pursue residency a year later. After talks with the Cuban government, the Clinton administration came to an agreement with Cuba that it would stop admitting people intercepted in U.S. waters. Since then, in what has become known as the “Wet foot, Dry foot” policy, a Cuban caught on the waters between the two nations (with “wet feet”) would summarily be sent home or to a third country. One who makes it to shore (“dry feet”) gets a chance to remain in the United States, and later would qualify for expedited “legal permanent resident” status and eventually U.S. citizenship. Again, if you have any questions in regard to the wet foot, dry foot policy, you should speak with a Miami immigration lawyer.

Who is trying to repeal the “wet foot, dry foot” policy for Cuban immigrants?

What is the rationale behind the repeal of “wet foot, dry foot?”

Critics of the “wet foot, dry foot” policy have charged that the policy has  created a separate immigration policy that unfairly benefits Cuban nationals. The fact that Congressman Gosar’s bill repeals the 1966 Cuban Adjustment Act, calls for termination of the Wet Foot/Dry Foot policy and requires that all immigrants from Cuba are treated in the same manner as any other person seeking to immigrate to the United States.

This law was later amended to change the physically present requirement to one year and Cuban immigrants are currently allowed to stay in this country to work and are also put on a path to citizenship. This is a luxury and benefit that no other country in the world enjoys.

For additional questions about the “wet foot, dry foot” policy, I would encourage you to speak with a Miami immigration lawyer.

Are there any other criticisms of the “wet foot, dry foot” policy?

One of the most peculiar aspects of this immigration policy is that Cuba does not allow Cuban citizens convicted of crimes in the U.S. to be repatriated to Cuba. The Miami Sun-Sentinel, for example, has reported that “Cubans are allowed to enter the United States without visas or background checks of their criminal histories in Cuba. Unlike other immigrants seeking political asylum, Cubans can return home without jeopardizing their status, aiding crime rings that recruit accomplices and hide stolen money in Cuba…They also make it nearly impossible to deport criminals to Cuba after they serve their sentences in the U.S., as would be the case with criminals from most other countries.”

According to an op-ed published in the New York Times, “Every Cuban knows the ‘Wet Foot/Dry Foot’ drill: Risk fleeing to the United States and get caught at sea, and you will be sent back to the island; but if you wangle just one toe onto dry land, you’re home free. From there, typically, it’s a fast track to permanent residency, and eligibility for all manner of benefits, from green cards to welfare, then citizenship — all compliments of the Cuban Adjustment Act of 1966. Indeed, for almost a half century, Cubans have been the most privileged immigrants in the United States. The repeal of this Cold War relic of immigration policy is long overdue.”

Again for additional questions about the “wet foot dry foot” policy, you may want to speak with a Miami immigration lawyer.

My personal opinion as a Miami immigration lawyer is that while it remains to be seen if H.R. 3818 will pass, it appears more and more likely that the “wet foot, dry foot” policy will at least cease to exist in its current state as time goes by.

First, “wet foot dry foot” appears to have universal support even among Cuban American hard-liners — repeal of the one-of-a-kind policy that grants any Cuban who lands on U.S. shores permanent residence status.

Second, as critics of the Cuban Adjustment Act have long noted, Cubans are the only immigrants who are not sent back to their country when they reach the U.S. illegally. It is becoming harder and harder to justify automatic asylum to Cubans when true political refugees fleeing much more troubled countries such as Afghanistan, Iraq, Syria, and Somalia to name a few, must apply for asylum in the normal way.

Has the announcement  of normalizing relations with Cuba led to concerns that “wet foot dry foot” will be repealed?

Yes. Since Obama announced his Cuba policy shift, there has been a significant increase in the numbers of Cuban migrants landing on U.S. beaches. The U.S. Coast Guard has recorded 2,806 Cuban interdictions, landings, and disruptions in the Florida Straits, the Caribbean, and Atlantic.

If you would like more information on the Cuban Adjustment Act, the “wet foot, dry foot” policy, or Cuban immigration, please contact Miami immigration lawyer Michael G. Murray, Esq. at (305) 895-2500 or visit our website at www.mmurraylaw.com.