Preference Categories for Family-based Immigrant Visas – How Long Do I Have to Wait? 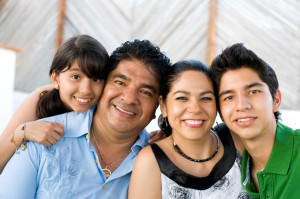 Immediate Relative Immigrant Visas (Unlimited): These visa types are based on a close family relationship with a United States (U.S.) citizen described as an Immediate Relative (IR). The number of immigrants in these categories is not limited each fiscal year.  This means that there is no wait (other than normal processing) for the visa to become available. Immediate relative visa types include:

U.S. citizens must be age 21 or older to file petitions for siblings or parents. There is no minimum age for a sponsor to file petitions for all other categories of family based immigrant visas. However, a U.S. citizen or lawful permanent resident (LPR) must be at least 18 years of age and have a residence (domicile) in the United States before he or she can sign an Affidavit of Support, Form I-864 or I-864-EZ.

Is Residence in the U.S. Required for the U.S. Sponsor?

Yes. As a U.S. sponsor/petitioner, you must maintain your principal residence (also called domicile) in the United States, which is where you plan to live for the foreseeable future. Living in the U.S. is required for a U.S. sponsor to file the Affidavit of Support, with few exceptions.