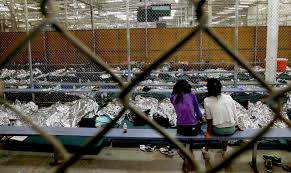 This week, the White House announced that President Barack Obama has approved a plan to allow several thousand young children from Central American countries to apply for refugee status in the United States, thus providing a legal path for some of them to join family members already living in America.

Miami immigration lawyers are notably encouraged by the President’s new program. The program is aimed at tackling a surge of immigrant children fleeing gang violence and rape in Central America which rose to crisis levels over the summer, by giving them a way to qualify for refugee status before they begin traveling north. Specifically, the program is aimed at helping to discourage many children from making a long, dangerous trek across Mexico in an attempt to cross into the United States and join their parents. At the pinnacle of the summer’s border crisis, tens of thousands of young children from El Salvador, Guatemala and Honduras were pouring across the border from Mexico and presenting themselves to American border patrol agents as refugees fleeing from rape and gang violence.

The spike in migrations raised concerns that the journey across Mexico was often more dangerous than the rough conditions the children were fleeing in their home countries, while the images of border control centers overflowing with unaccompanied children prompted a political backlash against illegal immigration across the country.

According to figures from the Department of Homeland Security, more than 10,000 children crossed the border into the United States in June. In August, however, that number had dropped to slightly more than 3,000 children.

Critics of the Program

Critics have warned that the program could encourage more immigrants to try to enter the United States at a time when the country is struggling to decide how to deal with millions who have already settled here illegally.

In particular, some critics object to the ease with which the children will be able to visit processing centers in their own countries to determine their eligibility for refugee status.

Advocates for the Program

Officials countered that the program did not increase the number of refugee visas that the United States would approve. In a memorandum to the State Department released Tuesday, President Obama said that 4,000 of the 70,000 refugee visas should be allocated to people from Latin America and the Caribbean.

Human rights advocates have largely praised the idea, saying the plan would help protect children who are facing rape and even death at the hands of drug trafficking gangs that have become more prevalent in some parts of Central America.

Funding for the Program

The Obama administration is spending $4 million on lawyers for unaccompanied immigrant children in deportation proceedings.

The Department of Health and Human Services’ Administration for Children and Families has stated that it is the first time the office that oversees programs for unaccompanied immigrant children will provide money for direct legal representation.

Immigrants are allowed to have counsel in immigration courts, but lawyers are not guaranteed or provided at government expense. Immigrant advocates have filed a federal lawsuit in Seattle demanding the government provide attorneys for the children.

Having a lawyer can make a big difference: While almost half of children with attorneys were allowed to remain in the country, only 10 percent of those without representation were allowed to stay.