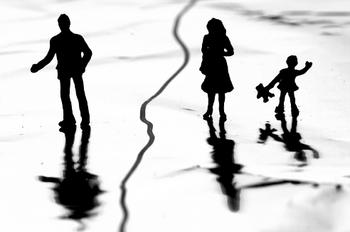 As a Miami immigration lawyer, I have been following the developments surrounding the Obama Administration’s DAPA (Deferred Action for Parents of Americans and Lawful Permanent Residents) closely. Below are some frequently asked questions.

DAPA stands for “Deferred Action for Parents of Americans and Lawful Permanent Residents.” It is a program which would grant deferred action status to certain undocumented immigrants who have lived in the United States since 2010 and have children who are American citizens or lawful permanent residents. If you have any questions in regard to DAPA, you should speak with a Miami immigration lawyer.

Does DAPA mean that undocumented immigrants get citizenship?

No. Deferred action is not full legal status, but in this case would come with a three-year, renewable work permit and exemption from deportation. Again, if you have any questions in regard to this, you may want to speak with a Miami immigration attorney.

Is DAPA in effect now?

No, it is not. The program was announced in November 2014 by President Barack Obama, along with a number of immigration reform steps including increased resources for border enforcement, new procedures for high-skilled immigrants, and an expansion of the existing Deferred Action for Childhood Arrivals (DACA) program. Several states have filed lawsuits against the Federal government, arguing that DAPA violates the Constitution and federal statutes. A temporary injunction was issued in February 2015 blocking the program from going into effect while the lawsuit proceeds.

What is the eligibility criteria for DAPA?

To be eligible for DAPA, a person must:

If you have any questions as to your eligibility for DAPA, you may want to consult with a Miami immigration lawyer.

How many people are potentially eligible for DAPA?

In February 2015, the Migration Policy Institute estimated that about 3.7 million unauthorized immigrants in the United States are potentially eligible for DAPA, around 766 000 in just five counties: Los Angeles and Orange in California, Harris and Dallas in Texas, and Cook in Illinois. Again, if you have any questions in regard to DAPA, you may want to speak with a Miami immigration lawyer.

What is the latest update on DAPA?

On November 20th, 2015 – one year after President Barack Obama announced sweeping executive actions aimed to protect millions from deportation – the administration appealed to the U.S. Supreme Court, seeking a declaration from the justices that the program should be allowed to proceed.

Does this mean that the Supreme Court will be ruling on the constitutionality of DAPA?

Not necessarily. The justices retain wide discretion to accept the case, hold it over until the term that begins next October, or reject it altogether.

If there Supreme Court does decide to hear the DAPA case, when will it be heard?

If the Supreme Court decides to add the case to its docket now instead of later, a hearing would take place sometime in the spring, with a decision expected by the end of June.

If you would like more information on DAPA (Deferred Action for Parents of Americans and Lawful Permanent Residents), please contact Miami immigration lawyer Michael G. Murray, Esq. at (305) 895-2500 or visit our website at www.mmurraylaw.com.