Normalizing Relations with Cuba — What are the Implications for Cuban Immigrants? 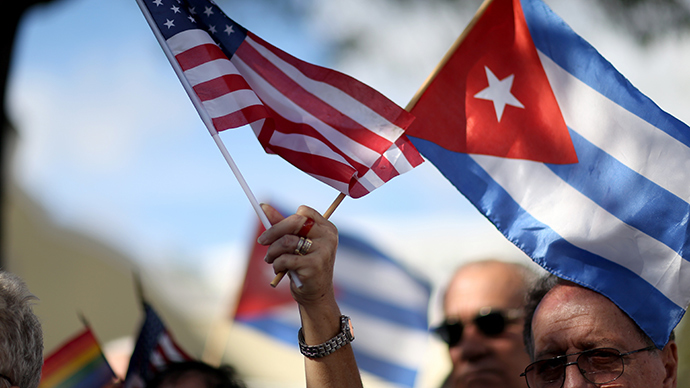 Of great interest to Miami immigration lawyers, as well as Miami itself — home to the largest Cuban community in the United States — is the thawing and normalization of relations with Cuba. This brings to the forefront certain important questions about current Cuban immigration policy, and how this may well change in the coming years. Below are some frequently asked questions.

What is the current policy for Cuban immigrants who wish to emigrate to the United States?

Currently, Cubans who arrive in the United States, even without proper authorization, are granted entry and benefit from a fast-track process that allows them legal permanent resident (LPR) status after one year in the country. Cuba receives unique treatment under U.S. immigration law. No other nationality is given a blanket right to green-card eligibility, no other country has a floor below which visas may not fall, and no other group of immigrants is guaranteed admission to the United States if they appear at or between ports of entry. In effect, Cuban nationals are exempt from deportation and immigration enforcement policies affecting all other noncitizens. Furthermore, because Cuban arrivals are treated similarly to refugees, many are eligible for federal assistance and means-tested benefits from which most noncitizens are barred. If you have any questions in regard to this, you may want to speak with a Miami immigration lawyer.

Why is the immigration policy different for Cuban immigrants?

This unique policy is based on a decades-old presumption that all Cuban emigrants are political refugees in need of protection, and may need revision now that a détente is at hand. As the two countries improve relations and open their travel channels, policies that automatically welcome Cubans—including illegal entrants and visa overstayers—and accelerate their access to a green card may need to be revisited.  Again, if you have any questions in regard to this, you may want to speak with a Miami immigration lawyer.

Why has the embargo persisted for almost 50 years?

A Cold War mentality has dominated the U.S. approach to its small southern neighbor since the Cuban revolution in 1959, focused chiefly on isolating the country through economic sanctions in opposition to Cuba’s socialist model. The United States has also cited major human-rights concerns for maintaining a trade embargo and implementing tough travel and financial restrictions. President Obama has called this approach outdated, saying that five decades of U.S. isolation of Cuba had failed to achieve the objectives of promoting democracy, growth, and stability there. If you have any questions in regard to this, you may want to speak with a Miami immigration attorney.

What is the Cuban Adjustment Act?

The cornerstone of U.S. immigration policy toward Cuba is the 1966 Cuban Adjustment Act (CAA), which Congress passed to accommodate these flows after amendments to the Immigration and Nationality Act (INA) in 1965 limited the number of Cubans (and other Western Hemisphere immigrants) who could receive visas. Under CAA, all Cubans who arrive in the United States are presumed to be political refugees, and are eligible to become legal permanent residents (LPRs or green card holders) after one year, assuming they are otherwise admissible. Two decades later, when Congress passed the 1980 Refugee Act establishing the current U.S. refugee and asylum system, the CAA provisions were left in place. Under the 1996 Illegal Immigration Reform and Immigrant Responsibility Act, the CAA will sunset once Cuba becomes a democracy.

Combined with the CAA, the 1994 and 1995 migration accords set forth the current “wet-foot, dry-foot” policy. Cubans intercepted at sea are returned to Cuba, where the government has pledged not to retaliate against them. Those who successfully reach the United States are permitted to stay, and become eligible to apply for a green card after a year. If you have any questions in regard to this, you may want to speak with a Miami immigration lawyer.

What are the future implications to normalizing relations with Cuba?

As the Obama administration and Cuba take steps to normalize their relations, trade and travel between the two countries is only expected to increase. While Homeland Security Secretary Jeh Johnson has stated that current immigration policy and law concerning Cuba will remain “for the time being,” expanded travel and trade raise questions about the viability of the wet-foot, dry-foot policy and the Cuban Adjustment Act: As visa issuance to Cuban nationals increases, will a growing number of Cubans overstay their visas in order to obtain green cards? A policy that rewards those who violate the terms of their visas is sure to invite questions of fairness. How will the U.S. policy of automatically treating Cubans who reach the United States as refugees affect bilateral relations once diplomatic ties are restored? However, while improved relations may create a pressing need for normalized immigration policies toward Cuba, both Cuba and immigration are highly polarized political issues. Permanently changing these laws will ultimately require approval by the U.S. Congress, and faces a steep uphill climb.

If you would like more information on Cuban immigration issues and/or the normalizing of relations with Cuba, please contact Miami immigration lawyer Michael G. Murray, Esq. at (305) 895-2500 or visit our website at www.mmurraylaw.com.