Need a Work Permit? Are you Eligible for Asylum or Refugee Status? 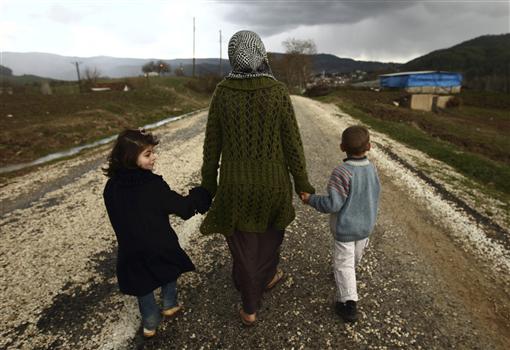 One of the many upsides to practicing as an Miami immigration attorney, is the fact that I am lucky enough to help a subset of immigrants who are in dire need of relief. These are the immigrants who are seeking asylum and refugee status. Asylum and refugee status are special legal protections available to people who have left their home country for their own safety and are afraid to return. Once you file Form I-589, you may receive work authorization after 150 days have elapsed. But beware – filing the application solely for the work permit and without a legitimate claim, may result in very harsh consequences.

What requirements do I have to meet in order to qualify for asylum or refugee status?

Not everyone qualifies for asylum or refugee status. You must meet some strict requirements. In particular, you must meet two main criteria:

What is a “well-founded fear?”

The Board of Immigration Appeals has set forth four elements which an applicant must prove in order to establish a well-founded fear of persecution:

Persecution means to harass, punish, injure, oppress, or otherwise cause someone to suffer physical or psychological harm. It is easiest to point to some common examples of what the United States considers “persecution”:

Who was doing the persecuting?

In order to meet the asylum or refugee standard, the persecution must have been inflicted by either your country’s government or other authorities or groups that the government is unable to control, such as guerrillas, warring tribes or ethnic groups, or organized vigilantes.

Why were you persecuted?

The persecution must have been based on at least one of five grounds: your race, religion, nationality, political opinion, or membership in a particular social group. It will be crucial to your case that you and your Miami asylum attorney determine which of these categories you fit into, and show a connection (“nexus”) between the persecution and one of them.

What are the five grounds of persecution, and why are they important?

The United States will not grant asylum or refugee status to a person who has not suffered or does not fear persecution that is based on one of five grounds. They are the following:

1. Race is used in the broadest sense and includes ethnic groups and social groups of common descent.

2. Religion also has a broad meaning, including identification with a group that tends to share common traditions or beliefs, as well as the active practice of religion.

3. Nationality includes an individual’s citizenship. Persecution of ethnic, linguistic and cultural groups within a population also may be termed persecution based on nationality.

4. A particular social group refers to people who share a similar background, habits or social status. This category often overlaps with persecution based on one of the other four grounds. It has applied to families of capitalists, landowners, homosexuals, entrepreneurs and former members of the military.

5. Political opinion refers to ideas not tolerated by the authorities, including opinions critical of government policies and methods. It includes opinions attributed to individuals (i.e., the authorities think a person has a certain political opinion) even if the individual does not in fact hold that opinion. Individuals who conceal their political opinions until after they have fled their countries may qualify for refugee status if they can show that their views are likely to subject them to persecution if they return home.

If you think you’re eligible for aslyum or refugee status, or would like more information on this topic, please contact Miami immigration attorney Michael G. Murray, Esq. at (305)895-2500 or visit our website at www. mmurraylaw.com