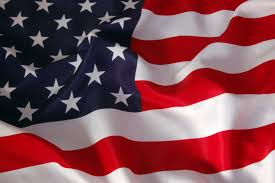 As a Miami immigration lawyer, I often receive questions about whether one can move abroad after obtaining his/her U.S. Citizenship. I cover this topic below.

I have just obtained my U.S. citizen via the naturalization process. I want to live in another country. Can I do so without losing my U.S. citizenship?

Prior to 1994, the answer might have been different, a person who became a naturalized U.S. citizen was expected to hold the intention of residing permanently in the United States. In addition, before 1994, if a person moved permanently to another country within one year of becoming a naturalized U.S. citizen, this was taken as evidence of the person’s lack of intention to live in the U.S. — and the move thus became grounds for the U.S. government to “denaturalize” the person, or take away his or her citizenship. If you have any questions in regard to this, you may want to speak with a Miami immigration lawyer.

Does this section of the law currently exist?

No. That section of the law has been repealed. At this time, no penalties exist if a naturalized U.S. citizen simply goes to live in another country. But if the person also takes certain other actions, citizenship can be lost – a topic which I will cover in a separate post. If you have any questions in regard to this, you may want to speak with a Miami immigration attorney.