Is Your Marriage Valid for Immigration Benefits? 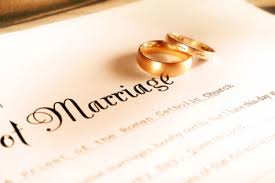 If you would like more information on whether you marriage is valid for the purposes of receiving immigration benefits, please contact Miami immigration lawyer Michael G. Murray, Esq. at (305) 895-2500 or visit our website at www.mmurraylaw.com.