Immigration and Presidential Elections – Why They Matter 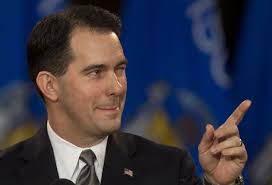 As a Miami immigration lawyer, I was especially chagrined when I read about some remarks by Wisconsin Gov. Scott Walker, who took a stance against legal immigration this week. We are used to Republican rants against undocumented immigrants, however this is a new low.

During an interview with Glenn Beck, Gov. Walker was quoted as saying, “In terms of legal immigration, how we need to approach that going forward is saying — the next president and the next Congress need to make decisions about a legal immigration system that’s based on, first and foremost, on protecting American workers and American wages. Because the more I’ve talked to folks, I’ve talked to [Alabama Sen. Jeff] Sessions and others out there — but it is a fundamentally lost issue by many in elected positions today — is what is this doing for American workers looking for jobs, what is this doing to wages. And we need to have that be at the forefront of our discussion going forward.”

The first big shocker of Gov. Walker’s statement is his alignment with Sessions, a known immigration hard-liner. This newly minted stance as an about-face from Walker’s previous position of supporting a pathway to citizenship for undocumented immigrants, and has been roundly ridiculed as his attempt to pander to the right-wingers within the GOP.

Critics of Gov. Walker also point out that while Mitt Romney also tacked to the right regarding immigration during the last presidential election, not even he supported curbing legal immigration.

The second, and bigger shocker is the very idea that Gov. Walker is speaking out against the American melting pot –  the cornerstone of what made America great. This view should be abhorrent to many. Indeed, the United States is a country borne of the dreams of immigrants. Among most American families, you do not need to look very far back to find the immigrant generation. This could make it very difficult for Walker to win the votes of many Americans who emigrated here themselves — or whose forefathers did so. Immigration, and the diversity that immigration brings, has proven to be a powerful infusion of new ideas and perspectives that continue propelling this country forward.

For fellow citizens who are reading this article, I urge you to think carefully about the upcoming president election. Immigration is not just a concept in the abstract, debated behind closed doors by Miami immigration lawyers such as myself. Immigration is in the American DNA. It is what defines us.  Cultural nativists who are uncomfortable with this fact should look no further than the Seal of the United States, which bears the Latin phrase “E Pluribus Unum” – “Out of many, we are one.”