If I Marry a United States Citizen, Will My Visa Overstay Be Waived? 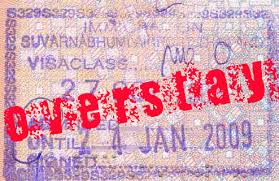 “What happens if I have overstayed my visa?”  I get asked this question a lot as an family-based immigration attorney in Miami, Florida. If you are a foreign citizen who is in the United States after entering legally and having overstayed your visa, you can indeed cure the problem if you enter into a bona fide (real) marriage with a U.S. citizen and then apply for adjustment of status (i.e. a green card).

What issues should I be aware of?

I would caution a petitioner to be aware of the following:

Adjustment of Status or Consular Processing?

A foreign citizen who entered the United States with permission (on a visa, visa waiver, or something similar), then marries a U.S. citizen, may file for a green card using the procedure known as adjustment of status, based on his or her immediate relative relationship with the U.S. citizen. It doesn’t matter, in this case, that you overstayed the visa.  There is one important caveat – you must  manage to avoid getting picked up by the immigration authorities until the day you submit your adjustment of status application, as you are subject to being placed in removal proceedings until you adjust your status to a lawful permanent resident. However, in practice, such action is rare. This is assuming that you have no other issues with your eligibility, i.e. criminal arrests or prior removal order, etc.

However, if you, the foreign citizen, entered the U.S. illegally, you are are not usually permitted to file for adjustment of status. Here is why the process of “adjustment of status” is special –  it protects you from the three- and ten-year inadmissibility bars that are applied to people who have stayed in the U.S. unlawfully for 180 days or more and then left. On the other hand, if you were to leave the U.S. after an unlawful stay of 180 days or more, and then attempt to apply for your green card through a U.S. consulate, you might be asked for proof of your location after the time your U.S. visa ran out.

If the consulate becomes aware of your unlawful stay, you could possibly apply for a waiver (legal forgiveness), however you would have to demonstrate that refusing to admit you as a U.S. resident would result in extreme hardship to your U.S. citizen or lawfully resident spouse or parent.  In order to prove extreme hardship, you must provide evidence of hardship with respect to factors such as health, finances, education, personal considerations, and the like. This can be difficult to prove.

Visa fraud issues are a function of the following – what type of visa  you used to enter the United States, and how long ago did you got that visa.

For instance, let’s say that you have been dating your new spouse for quite some time, and a few months ago picked up a tourist visa, bought a wedding ring, and then arrived in the U.S. in order to get married and apply for a green card? That, according to the immigration authorities, would be a misuse of the tourist visa. Why? You were not planning to be a mere tourist, you were planning to immigrate to the United States. This could result in a denial of a green card on that basis. However, this  is a waiver you can apply for. As always, I would strongly urge you to contact a Miami family-based immigration attorney at this point.

Entry on a K-1 Fiance Visa, Then Marriage to a Different U.S. Citizen Petitioner

What happens if you  entered the United States on a K-1 fiance visa, but you didn’t marry the fiance who petitioned you? Marriage to a different U.S. citizen may still allow you to get a green card, but you’ll have to leave the U.S. first.

After you leave the U.S., the citizen will then have to file an I-130 visa petition on your behalf, and you’ll need to do your application and interview through a U.S. consulate in your home country. Again, I would highly encourage you to speak with a family-based immigration attorney so that your case to avoid unforeseen issues.