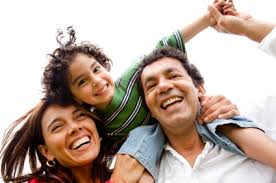 Many of my clients consist of parents who are applying (petitioning) for green cards for their children. However, it may not be  immediately clear as to who is considered to be a “child” in the immigration process. As a Miami immigration lawyer, I am happy to help shed some light on this matter. Below are some frequently asked questions about applying for a green card for your child.

Who is considered to be a “child” for immigration purposes?

For immigration purposes, a child can be any of the following:

I  am a U.S. Citizen. I live with my child in the United States. What is the process like?

If you are a U.S. Citizen who is petitioning for your child who is living in the United States,  you can pick of two options:

Certain people are eligible to apply for a green card (permanent residence) while inside the United States. An immediate relative relationship allows the applicant to apply with Form I-485, Application to Register Permanent Residence or Adjust Status, to become a permanent resident at the same time the U.S. citizen petitioner and/or his Miami immigration lawyer files Form I-130, Petition for Alien Relative.

I am a U.S. Citizen, and my child is living outside the United States. What are my options?

If the scenario above applies to you, your Miami immigration lawyer can help you become a permanent resident through consular processing. Consular processing is when USCIS works with the Department of State to issue a visa on an approved Form I-130 petition when a visa is available. Your child can then travel on the visa and will officially become a permanent resident when admitted at a U.S. port of entry. Note: The Department of State will notify your child when he/she is eligible to apply for an immigrant visa.  If your child does not apply for an immigrant visa within one year following notification from the Department of State, his/her petition may be terminated.

My parent is petitioning for me. What else should I know:

When meeting with the children of petitioners (i.e. the beneficiaries of their application), I like to remind them of the following:

If you would like more information on getting a green card for your children, please contact Miami immigration attorney Michael G. Murray, Esq. at (305) 895-2500 or visit our website at www.mmurraylaw.com .