Going to Marry a U.S. Citizen but You’re Outside the U.S.? The Fiance (K-1) Visa May Be For You 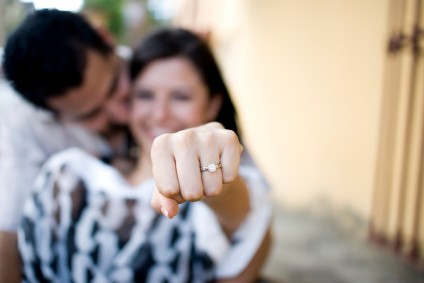 As a Miami family-based immigration attorney, I represent many immigrants who want to obtain their green card through a marriage to a U.S. citizen by adjusting status in the United States. However, many U.S. citizens first need to bring their future spouse over to the U.S. before the green card application can be filed.   A K-1 visa is issued to the fiancé or fiancée of a U.S. citizen to allow the immigrant to enter the country for 90 days for the purpose of getting married. If desired, the non-citizen can later apply for U.S. lawful permanent residency (a green card) after the marriage.

I must caution at this point that applicants must not be be careless in preparing their applications. Many issues can cause someone’s K-1 visa application to be rejected.

What are Some of the Criteria that Applicants Have to Meet?

As with all immigration matters, applications are always discretionary. Below are some of the criteria that applicants will need to meet before approval of the K-1 visa application:

Failure to prove any of the criteria above can result in a denial, either early on when your or your Miami family-based immigration attorney starts the process by filing a”Visa Petition” on Form I-129F, or later, when the immigrant attends a visa interview. There are several reasons why a K-1 visa application may be denied, including but not limited to the following:

The Couple Has Insufficient Documentation

The couple may have provided insufficient documentation to show that they have planned a wedding, or that the U.S. citizen is truly a citizen.

The Couple Cannot be Legally Married

The Non-Citizen is Ineligible for Any Kind of U.S. Visa, Due to Inadmissibility

The non-citizen may not be eligible for any type of visa to the United States. For example, foreigners with specified communicable diseases of public health significance (most notably tuberculosis), those who are addicted to illegal drugs, those with a history of being involved with terrorism, and those who have committed crimes of moral turpitude are not eligible for K-1 visas or visas of any other type.

The K-1 visa applicant must prove that it’s unlikely that he or she will receive need-based government assistance in the United States (i.e. to prove that he/she will eventually become a “public charge.”)  As such, U.S. consulate may ask the U.S. citizen fiance to file an Affidavit of Support on the immigrant’s behalf. This affidavit, or other forms of evidence, must prove that the U.S. citizen has sufficient income to keep the immigrant from receiving public support or welfare.

The K-1 Visa Applicant is Suspected of Fraud

The K-1 Visa Applicant should be prepared to prove that the relationship is legitimate and not being entered into solely for the purposes of gaining entry and U.S. residency.

If the U.S. citizen has previously applied for two or more K-1 visas in the past or one for another intended spouse in the past two years, he or she must obtain a waiver in order to complete another K-1 visa application. Such actions raise suspicions that the citizen might be doing this for money, not for love.