For Legal Services, Hire a Miami Immigration Lawyer — Not a Notario 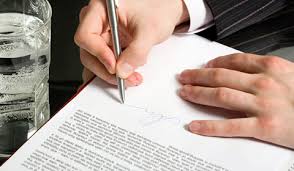 As a Miami immigration lawyer, reading about how a Fort Lauderdale teen was the victim of immigration fraud was nothing short of heartbreaking.

As reported in the Miami Herald, “When Fort Lauderdale high school senior Minaldy Cadet got his acceptance letter from Boston College in March, he thought the life he had dreamed of was finally within reach.

“It was incredible. One of the best feelings ever,” Cadet recalled. “As soon as I saw their email, as soon as I opened it up and read the congratulations, I just instantly started running around my house saying, ‘Yah! I got accepted!’”

Minaldy Cadet, 19, got a scholarship to attend his dream school, but was unable to accept it because of his immigration status. His family, which came from Haiti 17 years ago, is now scrambling to find a way to pay for college. Kyra GurneyThe Miami HeraldThe St. Thomas Aquinas High School honor student had not only gotten into his top-choice school, he had been awarded an almost full scholarship. But the family soon discovered that an immigration paperwork mistake 17 years ago could derail Cadet’s dreams and his family’s future.

The Cadets had immigrated to South Florida from Haiti in 1999, fleeing violence and political unrest, when Minaldy was 2 years old. They had settled in Fort Lauderdale where Cadet’s father, Jean, an accountant back home, got a customer service job at T-Mobile and worked hard to put Cadet and his three sisters through Catholic school. Jean Cadet also hired someone he thought was an expert in immigration matters to help his family apply for asylum.

But the man he paid to fill out the asylum paperwork turned out to be a fraudster, and submitted the wrong type of application.”

Unfortunately, this is a drama that plays out in many immigrant communities in the United States. Many young adults brought to the country as children face major financial challenges and other obstacles if they aspire to college without citizenship or permanent residency. A 2012 policy known as DACA, which stands for Deferred Action for Childhood Arrivals, granted some immigration relief, including eligibility for work permits, to those who came to the country as minors, but it is a only temporary fix.

In addition, only 16 states, including Florida, offer in-state tuition for young immigrants who attended high school in the state where they are applying for college. For many others, having to pay out-of-state tuition in the place where they grew up makes a university degree prohibitively expensive.

Cadet and his parents currently have temporary protected status, which is like a temporary form of asylum. They have had this status since 2010, when a major earthquake struck Haiti. Prior to 2010, Cadet was technically an undocumented immigrant because of the earlier paperwork mistake. The person Cadet’s father hired to fill out the asylum paperwork applied for an immigration status the family was ineligible for, resulting in the Cadets unknowingly missing the limited window of time they had to apply for asylum upon arrival.

As a Miami immigration lawyer, I have heard many stories about individuals who represent themselves as qualified to offer legal advice or services concerning immigration or other matters of law, who have no such qualification, routinely victimize members of immigration communities. Such representations can include false statements that

Misrepresentations as to an individual’s qualification to offer legal advice can have severe implications for immigrants.  In many cases the work performed by such individuals results in missed deadlines, the filing of incorrect or incomplete forms, or the filing of false claims with the government.  As a result of the advice or actions of such individuals an immigrant can miss opportunities to obtain legal residency, can be unnecessarily deported, or can be subject to civil and/or criminal liability for the filing of false claims. In addition, immigrants often spend hundreds, thousands, or tens of thousands of dollars in payment for what they believe are the services of a licensed Miami attorney.  If you have any questions in regard to this, you should speak with a Miami immigration lawyer.

Who is authorized to help immigrants with their legal matters?

How do I protect myself and my loved ones against immigration fraud?

To avoid fraud, use your common sense. Many people hear what they want to hear–be smart! If it sounds too good to be true, it probably is.

Again, if you have any questions in regard to any of the above, you should speak with a Miami immigration lawyer.