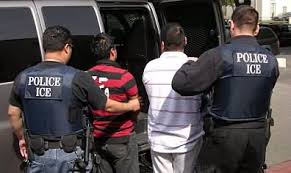 Some of the most challenging phone calls I receive as a Miami immigration lawyer are the ones placed by individuals whose loved ones are placed in mandatory detention by the Immigration Customs and Enforcement (“ICE”). Below are some frequently asked questions about ICE holds.

The Immigration and Customs Enforcement (ICE) refers to a request from ICE to law enforcement, asking the authorities to hold someone for an additional 48 hours, so that ICE can take custody of the individual.

If ICE requests an ICE hold, do the state and local jurisdictions have to comply?

Compliance with the ICE hold varies from city to city. First, it is merely a request; not a warrant. Many state and local jurisdictions are deciding to say “no” to this request and not detain the person for the extra time.

Why has there been a change in ICE Hold policies?

A recent Federal Oregon District court decision has spurred a wave of change in ICE hold policies. This decision found that detaining individuals based on ICE holds is unconstitutional because they do not provide probable cause. Thus, a locality can be found legally liable if they detain someone based simply on an ICE hold. As such, more and more counties are refusing to jail inmates extra days to give federal authorities time to deport them.

If your loved one is currently in detention under an ICE hold, it is highly recommended that you consult immediately with a Miami immigration lawyer to discuss your options.

Why has there been so much controversy over these “ICE Holds?”

These “holds” created a pipeline for the deportation of thousands of people from the United States in the last decade. After several federal court rulings determined that these ICE holds are not mandatory, more than 225 local law enforcement agencies nationwide have adopted policies to completely ignore requests by Immigration and Customs Enforcement officials to comply with the ICE hold.

My family member is currently in an ICE Hold. What should I do?

If you would like more information on ICE holds or mandatory detentions, please contact Miami immigration attorney Michael G. Murray, Esq. at (305)895-2500 or visit our website at www.mmurraylaw.com .