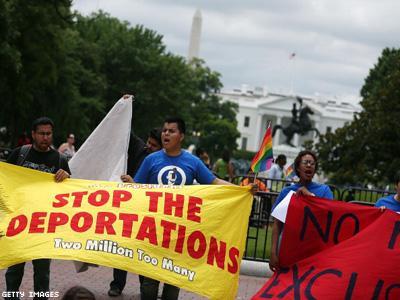 It’s a familiar tale for many Miami immigration attorneys who represent LGBT clients. For many,  deportation is not just a heartbreaking possibility; it becomes a matter of life and death.

One only needs to survey the State Department reports on various countries to get a sense of the widespread and endemic struggles that many LGBT clients have faced. Some examples of countries with notable violence against LGBT indivduals include Venezuela, Russia, Uganda, Malaysia, Jamaica, and El Salvador. Many such LGBT individuals face extreme persecution, violence, and death threats. They come to the United States in an effort to escape such persecution.

As an immigration attorney in Miami,  I have been able to obtain asylum status for LGBT immigrants who are fleeing persecution from their home country. However, not everyone is as lucky. According to the Williams Institute, there are approximately 267,000 LGBT individuals within the adult undocumented immigrant population. Many, like come from countries that out-right criminalize homosexuality or turn a blind eye toward anti-LGBT violence.

With an average 1,100 deportations per day, argue immigration advocates, every moment that passes without reform matters – especially for the LGBT community.

Upon deportation, LGBT individuals are returning to violence, sexual violence, intimidation, and death threats. Moreoever, obtaining asylum in the United States is no an easy process. Applicants have to provide ample evidence demonstrating persecution in their home country.

Conditions inside U.S. detention centers can be particularly dangerous for LGBT immigrants, who are more susceptible to sexual assault and abuse. A report from the Center for American Progress (CAP) also found instances of transgender detainees not receiving proper medication to treat their gender dysphoria – a medical condition in which there is a marked difference between a person’s expressed or experienced gender and the gender others would assign him or her.

Within the LGBT community, many feel as though President Obama’s deportation policies are putting lives at risk. Through cooperation with local law enforcement, ICE is able to issue detainers for people who have been arrested. For many LGBT people, these arrests are the results of survival crimes. Marriage may now be legal in some states, but LGBT youth still make up 40 percent of all homeless teens in America, transgender women can be falsely arrested as sex workers if they are found carrying condoms, many queer and transgender individuals have no workplace protections and therefore no source of stable income, and black and brown queer youth are stopped, frisked, harassed by police daily. They have broken no laws, and yet they find themselves in jail because, as LGBT people, they are criminalized — that is, they are targeted and profiled by law enforcement, who are quick to turn their means of survival into a crime.

LGBT individuals who wish to emigrate to the United States are encouraged to speak with an immigration attorney to discuss their options.