DAPA on hold as Obama’s Executive Immigration Order is Challenged 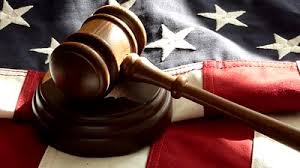 Before this past Monday, the real concern for Obama’s Executive Immigration Order was whether the Republicans in congress would hold the Department of Homeland Security’s budget hostage until the Order was abolished. Now troubles are worse.  In an order filed on Monday, Judge Andrew S. Hanen of Federal District Court in Brownsville, prohibited the Obama administration from carrying out programs the president announced in November that would offer protection from deportation and work permits to as many as five million undocumented immigrants. The first of those programs was scheduled to start receiving applications on Wednesday.

Since the lawsuit was filed on Dec. 3, the stark divisions over Mr. Obama’s sweeping actions have played out in filings in the case. Three senators and 65 House members, all Republicans, signed a legal memorandum opposing the president that was filed by the American Center for Law and Justice, a conservative legal action organization.

What this means for for those immigrants who stood to benefit from Obama’s Executive Order remains to be seen. For those relying on DAPA as means to finally receive work permits and drivers licenses, it is in your best interest to meet with an immigration attorney to explore other options.  If you would like more information on this topic, please contact Miami immigration attorney Michael G. Murray, Esq. at (305)895-2500 or visit our website at www. mmurraylaw.com