Conditional Residency – What You Need to Know 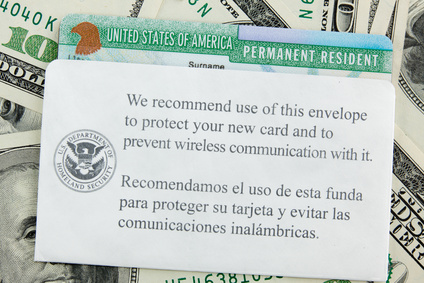 In my career as a Miami family-based immigration attorney, I have represented numerous clients who are seeking to adjust status based on marriage to a United States citizen.

If you are a foreign national and have been married to your U.S. citizen spouse for less than two years when you either arrive in the United States on an immigrant visa or are approved for a green card (adjustment of status), you will begin life in America as a conditional resident. Note – this means that every immigrant who enters the U.S. on a K-1 fiance visa and then applies to adjust status will start out as a conditional resident.

What is Conditional Residency?

The idea behind conditional residency is to give the USCIS a second chance to review the validity of the marriage, by initially making the new immigrant a “conditional,” not “permanent” resident. This is because the USCIS has some concerns about the validity of a marriage being a “sham” marriage, as opposed to a real marriage.

What Rights do Conditional Residents of the United States Have?

What is the Biggest Difference Between Conditional Residency and Permanent Residency?

If it is time to remove conditions on residency, your Miami family-based immigration lawyer may submit a joint petition on Form I-751 to the USCIS.  The timing of submitting this form is very important: It must be sent within the 90-day period before the immigrant’s conditional residence ends.

What Other Documents Need to be Submitted to the USCIS along with Form I-751?

Of utmost importance are documents to show that the marriage is real, and not a sham. These include, but are not limited to the following: copies of joint leases, bank accounts, memberships, and more. Birth certificates of any children born to the marriage are particularly powerful evidence.

Do I Have to Be Interviewed by the USCIS?

Yes. The USCIS may, after reviewing the I-751, decide to interview you and your spouse. This is done in order to take a closer look at whether your marriage is real. If USCIS determines that the marriage is not real, the immigrant could lose status entirely and have to leave the United States. If the USCIS has determined that the marriage is a sham, I would strongly advise that you speak with an immigration attorney.

What Happens If the Marriage has Ended?

If your marriage has ended, for example – because of  death or divorce – it is possible  under certain limited circumstances, for the immigrant to apply for a waiver of the joint petition requirement. In such cases, your  immigration attorney  would then submit the I-751 with only one application (i.e. solo). The immigrant will still have to provide proof that the marriage was bona fide, and the immigrant will have to show documentary evidence of the claimed basis for the waiver.

Who is Eligible for Removal of Conditional Residency?

You may apply to remove your conditions on permanent residence under if the following apply to you:

What Happens if You Have Been Battered or Abused by Your U.S.-Citizen or Lawful Permanent-Resident Spouse or Parent?

You can apply to waive the joint filing requirement if you have been battered or abused by your U.S.-citizen or lawful permanent-resident spouse or parent.

In such cases, your Miami immigration lawyer may apply to remove the conditions on your permanent residence at any time after you become a conditional resident, but before you are removed from the country. You will have to work with your Miami immigration attorney to provide evidence that removal from the United States would cause you extreme hardship.

My Application to Remove Conditions Was Denied. What now?

You may appeal within 30 days after the immigration judge decides to remove you from the country. After your immigration attorney files your appeal, the appeal will be referred to the Board of Immigration Appeals in Washington, D.C.