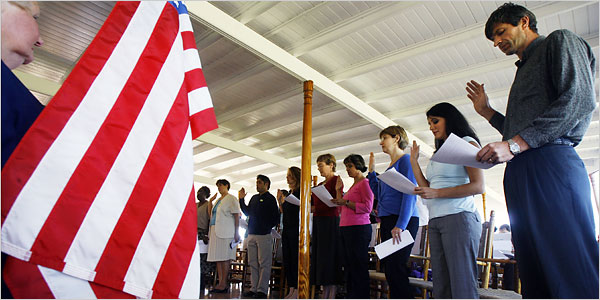 As a Miami immigration lawyer, many of my clients are either the spouse or child of a U.S. lawful permanent resident (green card holder). Spouses or children of green card holders are in category 2A of the visa preference system. This means that waits of up to three to five years are commonplace, due to annual limits on the number allotted in this category. Below are some frequently asked questions on how, if possible, one can change visa category.

Is it possible for me to move into a different preference category?

Yes, it may be possible for you to move into a different preference category, which will speed up or delay your waiting time. For example, you would get a visa quicker—by moving to immediate relative category—if your spouse became a U.S. citizen. Or, life changes can push people out of their visa category, and into a lower one or out of the race altogether. If you have any questions in regard to this, you may want to speak with a Miami immigration lawyer.

What are the most typical situations affecting married couples and their children?

If you are awaiting a marriage-based green card and your petitioning spouse goes from being a lawful permanent resident to U.S. citizen, it is good news for you. You go from category 2A straight to immediate relative. This means that you jump off the waiting list and immediately move forward with your visa processing. If your permanent resident spouse qualifies for U.S. citizenship, he or she would be wise to apply as soon as possible.

If you and your permanent resident spouse get divorced after a visa petition has been filed or approved for you but before you apply for your immigrant visa or green card, you may be out of luck. The visa petition is cancelled and you and your derivative beneficiaries lose your green card eligibility. However, please note that there is an exception for immigrants who are victims of emotional or physical abuse by their spouse. They can file a special self-petition (Form I-360) any time until the divorce becomes final, or for two years afterward, if they can show that the divorce was related to the domestic violence. If you  have any questions in regard to this, you may want to speak with a Miami immigration lawyer.

If you, as the visa beneficiary, were to die, your children would lose their opportunity for a visa as well. If your family is in this situation, you and/or your Miami immigration lawyer can ask USCIS to “recapture” the deceased parent’s Priority Date when the permanent resident submits the new visa petitions. If USCIS assigns the deceased parent’s date to the children, the children won’t have to start the waiting period all over again.

If, in the years since your visa petition was filed, your spouse became a U.S. citizen but died before you had a chance to complete your application for a green card, all is not lost. Under a law passed in October of 2009, the surviving spouse of a U.S. citizen can petition for him or herself, regardless of the length of the marriage prior to the spouse’s death. This changed the old law, which had required the couple to have been married for at least two years at the time the U.S. citizen died in order for the surviving spouse to self-petition. However, the petition must be filed within two years of your U.S. citizen spouse’s death (unless your spouse died before the passage of this new law—October 28, 2009—in which case your petition must have been filed within two years of the new law, that is, by October 28, 2011). In this case, I would suggest that you speak with a Miami immigration lawyer to discuss your options.