Can You Lose Your U.S. Citizenship? 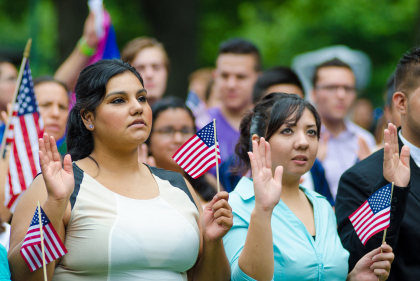 As a Miami immigration attorney, I have sometimes received concerned questions about whether it is possible to lose your U.S. citizenship after obtaining it (i.e. becoming naturalized). Below are some frequently asked questions?

I need/want to live outside of the United States for a long period of time. Will I lose my citizenship?

Generally- no. If you are already a US citizens, or have gone through the naturalization process to become a US citizenship, you will not lose citizenship solely by living outside of the United States for a long time (although there are certain factors you should be aware of – read on).

I am a green card holder (Legal Permanent Resident), and I need to live outside the United States for a long time. Will I lose my green card status?

If you are a green card holder and not a US citizen, you may have a problem. The immigration authorities typically frown upon green card holders who live outside the US for a long time, because they can be found to have “abandoned” their residency in the US. If this scenario applies to you, I would strongly suggest that you consult with a Miami immigration lawyer to discuss your options, as you could be refused reentry to the United States.

Are there any circumstances whereby a US citizen will lose his/her citizenship?

There are some exceptions, including when one of the following takes place: