Can I Get Deported for Smoking Weed? 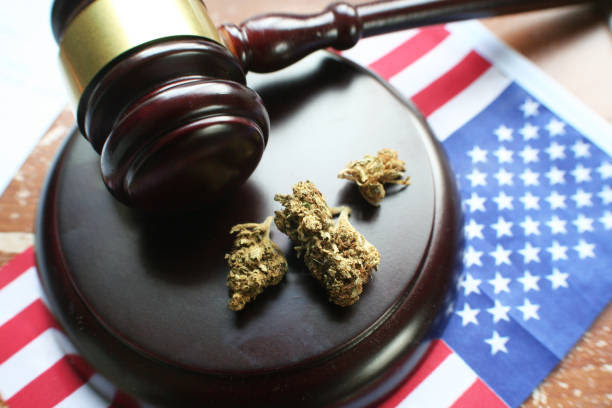 Criminal convictions, and especially convictions related to drug use have a serious impact on non-citizens inside of the U.S. and their immigration status—even those who have permanent residency (green cardholders). Though not all convictions are weighed the same, there are certain convictions that may lead to an individual being removed from the United States. The list of “grounds of deportability” can be found in Section 237 of the Immigration and Nationality Act.

The above section states that, when convicted of a drug charge, permanent residents of the US (green card holders) risk becoming deportable and losing their residency status. The only exception to this is if an individual is convicted of a single marijuana offense, where possession was 30 grams or less and for one’s personal use.

While lawful permanent residents (green card holders) may not be deported for possession of marijuana (under 30 grams), the same is NOT true for immigrants applying for their green cards. The immigration law holds that such immigrants are inadmissible and require a 212(h) waiver in order to overcome the ground of inadmissibility for possession of marijuana. The Austin, TX immigration law office of Michael G. Murray, P.A. has successfully handled many such cases.

The recent passing of state laws that legalize marijuana is where things may enter a “gray area” for immigrants. Currently, thirty-six states in the US have legalized medical marijuana and twenty-one have legalized it for recreational use. . However, the U.S. has NOT federally legalized it so marijuana (no matter where it’s used) is still a federally controlled substance. The Immigration Legal Resource Center (ILRC), a national non-profit organization, warns non-citizen immigrants against the use of marijuana. “Immigrants may reasonably think that using marijuana according to these state laws will not hurt their immigration status. Unfortunately, that is not the case. It is still a federal offense to possess marijuana, and immigration is part of federal law.” It is also important to note that drug charges including possession and drug trafficking do not have a waiver available for these offenses. This means that USCIS will not overlook any drug-related charges when looking at an individual’s immigration case.