Can I File An Immigrant Petition for My Stepchild? 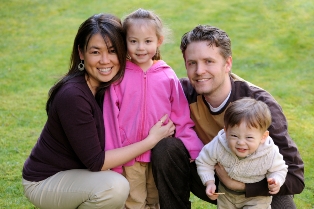 As a Miami immigration attorney, I often am asked whether a stepchild relationship counts for immigration. The short answer is, yes – as a stepparent, you can certainly file an immigrant petition for your stepchild.

You can start the process by submitting a Form I-130 (Petition for Alien Relative) with other required documents. You also have to show evidence of your U.S. citizenship or demonstrate your status if you are a green card holder. Besides, you have to provide proof of a relationship with the stepchild or child in question. For example, in case a genetic father is filing a petition for a child he didn’t legitimate under the law. He would have to prove he had established a ‘bona fide parent-child relationship,’ meaning he was emotionally and financially involved in the child’s life before he or she had turned 21 years or got married.

Bear in mind that the USCIS processes the I-130 petitions by the Priority Date. Because of that, it’s essential to get onto the waitlist as soon as possible. Reach out to an experienced immigration attorney as soon as possible to begin your new life in the U.S. together with your family.

Below are some frequently asked questions.

1. Do I have to adopt my stepchild in order to file for adjustment of immigration status for him/her?

You may file an immigrant petition for a stepchild without having to legally adopt your stepchild. However, please be aware that under U.S. law, a stepparent and the biological parent of the stepchild must get married before the child turns 18 years old.

You can file an immigrant visa petition for an adopted child as long as the child was younger than 16 when he or she was adopted, as well as if other legal conditions for a valid adoption are met. But, in this case, the process for getting a green card for a child can often be different.

2. My stepchild has already turned 18. What options do I have?

If your stepchild has already turned 18 years old, another option would be for the biological parent to petition for his/her child after his or her permanent residency status is obtained. At this juncture, I would strongly urge you and/or your family member to first consult with an immigration lawyer.

3. Is there any benefit to having a U.S. Citizen stepparent file for a stepchild?

Yes. By having the United States Citizen file for his/her stepchild, you may be able to avoid the visa backlogs currently experienced by legal permanent residents who are filing for their minor children (second preference category).

Also, in case a U.S. citizen is filing an immigrant visa petition for his or her stepchild, before preparing Form I-130, check your stepchild or stepchildren’s immigrant status. There is a chance they have already become U.S. citizens.

4. I am the biological parent of a child who is already over 18 years of age, and I plan on marrying a United States Citizen. What options do I have?

You may want to consider postponing the marriage to give the child an opportunity to enter the U.S. faster. Here’s how – if you delay your marriage to the United States Citizen fiance, he/she can file a fiancé petition for you, the biological parent.

Once the fiancé petition is approved, K visas can be issued for both you (the biological parent) and your child to enter the U.S. After marrying your United States Citizen fiance, you and your child can apply for adjustment of status to switch from K to permanent resident status.

If you are wondering how long it would take for your stepchild to get an immigrant visa after filing Form I-130, the answer is – it depends. For example, unmarried children of U.S. citizens younger than 21 years are eligible for a green card as soon as they are done with the application procedure. On the other hand, children or stepchildren of green card holders could face several years of waiting before a green card is available.