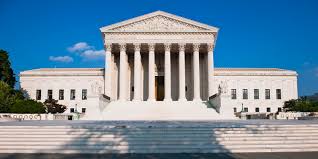 As a Miami immigration lawyer, I read with immediate interest the news the announcement from the Supreme Court that it would consider a legal challenge to President Obama’s overhaul of the nation’s immigration rules. The court will now determine the fate of one of his most far-reaching executive actions. Below are some frequently asked questions.

What specific challenge will the Supreme Court be deciding regarding President Obama’s executive action on immigration?

Via executive action, President Obama ordered the creation of a program intended to allow as many as five million illegal immigrants who are the parents of citizens or of lawful permanent residents to apply for a program sparing them from deportation and providing them work permits. The program was called Deferred Action for Parents of Americans and Lawful Permanent Residents, or DAPA. If you have any questions in regard to DAPA, you may want to speak with a Miami immigration lawyer.

What happened after DAPA was announced?

A coalition of 26 states, led by the attorney general in Texas, a Republican, quickly filed a lawsuit accusing the president of ignoring federal procedures for changing rules and of abusing the power of his office by sidestepping Congress.

In reaction to the lawsuit, Judge Andrew S. Hanen of Federal District Court in Brownsville, Tex., entered a preliminary injunction shutting down the program while the legal case proceeded. The government appealed, and on Nov. 9 a divided three-judge panel of the United States Court of Appeals for the Fifth Circuit, in New Orleans, affirmed the injunction. Again, if you have any questions in regard to DAPA, you may want to speak with a Miami immigration lawyer.

What happens if the Supreme Court upholds President Obama’s actions?

If the Supreme Court upholds Mr. Obama’s actions, the White House has vowed to move quickly to set up the DAPA program and begin enrolling immigrants before his successor takes over early next year. If you have any questions in regard to DAPA, or if your eligibility for DAPA, you should speak with a Miami immigration attorney.

What do the Presidential candidates have to say about DAPA?

The Democratic presidential candidates have said they will continue the program, but most of the Republicans in the race have vowed to dismantle it and redouble immigration enforcement.

When will the Supreme Court be hearing the immigration challenge?

It appears that the case will be argued in April and decided by the end of June.

If you would like more information on DAPA, or on the legal challenges to DAPA, please contact Miami immigration lawyer Michael G. Murray, Esq. at (305) 895-2500 or visit our website at www.mmurraylaw.com.