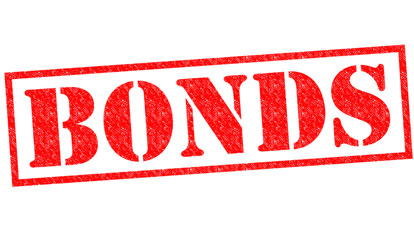 As a Miami immigration lawyer, I have represented numerous clients who have been detained by ICE (Immigration and Customs Enforcement). Being detained by U.S. immigration officers is a frightening experience for anyone. For these detained individuals, getting out of the detention facility and back home with family is typically a top priority. Below are some frequently asked questions.

My family member is being detained by ICE. How will he get out?

Typically, one way to get out of detention quickly is to pay a bond. A bond is an amount of money that will allow a person to be released from detention, but gives the court assurance that the person will continue to appear for future court proceedings. If, after paying a bond and being released, you do not appear for future court hearings, the bond will be revoked and the U.S. government will keep the money. If you appear at all hearings and comply with all court orders, whomever paid the bond will receive the money back. If you have any questions in regard to this, you may want to speak with a Miami immigration lawyer.

How do I requested a bond hearing?

If you are in immigration detention awaiting removal proceedings, you may request a bond hearing from the Immigration Judge (IJ) either orally in court or in writing, through a written motion. I would recommend that you hire an experienced Miami immigration lawyer who will be able to quickly prepare and submit a well-written motion for a bond hearing.

Are all detained individuals eligible for release on bond?

Not all detained aliens are eligible to receive a bond order. Depending on factors like your current status in the U.S. and the reasons you were picked up, you could remain detained for the duration of your removal proceedings. An IJ does not have the authority to grant you a bond if you fall under one of these categories:

Falling into one of the above-mentioned categories classifies you as being under “mandatory detention.” The IJ will not be able to allow your release upon payment of a bond no matter how great a case for remaining in the U.S. you have and no matter how much the IJ wants to grant you a bond. If you have any questions in regard to this, you may want to speak with a Miami immigration lawyer.

The immigration judge has determined that I don’t qualify for a bond order. I disagree with that determination. What do I do?

If the IJ determines that you do not qualify for a bond order, but you disagree with that determination – for example, you believe that you have been confused with another person of the same name who committed various crimes — you and/or your Miami immigration lawyer can request what’s called a “Joseph hearing,” at which you can present evidence that proves you are, in fact, eligible for a bond.

What happens after the judge has issued his bond order?

If the IJ grants you a bond, he or she will give you a written order stating that a bond has been granted and its amount. At the conclusion of the bond hearing, the IJ will reschedule your Master Calendar Hearing (usually for no more than 30 days later) to give you a chance to pay the bond and be released from custody before your next court appearance. If you do not pay the bond before then, you will have to appear at this hearing while still in immigration custody.If you are able to post the bond, you will be released from custody and your removal proceedings will be continued in the immigration court for non-detained persons. After your release, the DHS attorney will file a Motion to Change Venue so that your next hearing will be scheduled at the immigration court nearest to the home address you provided to the court upon your release. You will be mailed a notice of the date and location of your next hearing. Meanwhile, the hearing scheduled by the IJ who granted your bond will be cancelled. It is very important to continue to appear at all immigration court proceedings. If you do not, the IJ will order you removed from the U.S. and you will forfeit (lose) any bond amount you or your family members paid. If you have any questions in regard to this, I would recommend that you consult with a Miami immigration lawyer.

If you would like more information on immigration bond hearings, please contact Miami immigration lawyer Michael G. Murray, Esq. at (305) 895-2500 or visit our website at www.mmurraylaw.com.