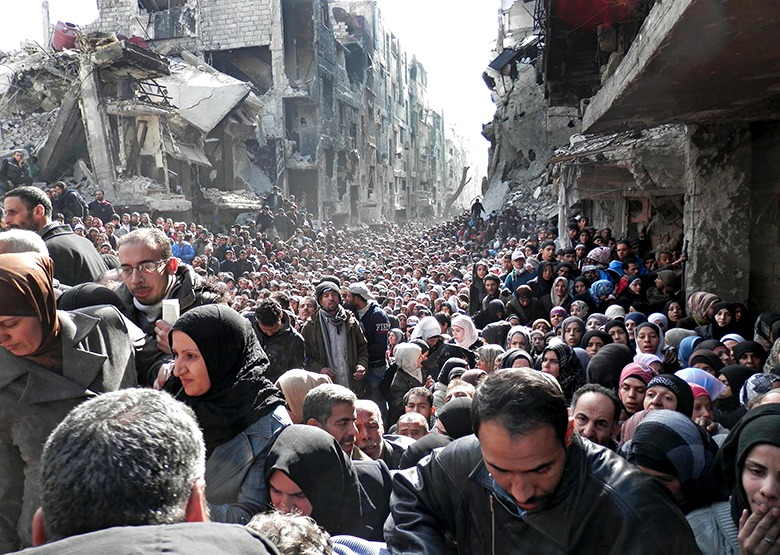 If you are facing removal (i.e. deportation proceedings)  — meaning that the immigration authorities are trying to expel you from the United States — but you fear returning to your home country, one option may be for you to apply for asylum as well as for​ withholding of removal. Be aware, however, that the​ application process is different now than if you were filing without the threat of removal hanging over you. You may want to contact a local immigration lawyer in Miami, Florida to discuss your options.

​People who are not in deportation proceedings can first file their application for asylum and withholding (​i.e. Form I-589) with U.S. Citizenship and Immigration Services (USCIS). After the I-589 has been accepted for processing, they will attend an interview at a USCIS asylum office.  If  the interviewing officer does not grant asylum to the petitioner, he or she will be referred to immigration court proceedings to present the application all over again.

However, if you are already in immigration court proceedings, you will have to skip this step and file your application for asylum with the immigration judge. Again, it is advisable at this point to speak with a local​ immigration attorne​y in Miami, Florida to discuss your options, because this is a complex and demanding area of law.

Grounds for Receiving Asylum and Withholding of Removal

Asylum is granted to aliens who can prove they are unable or unwilling to return to their home country due to having faced past persecution or having a well-founded fear of future persecution based on their race, religion, nationality, political opinion, or membership in a particular social group.

Withholding of Removal is granted to aliens who can prove that, if returned to their home country, their life or freedom would be threatened on account of one of the five protected grounds listed above. The applicant must show a “clear probability” of persecution, meaning that it is “more likely than not” that he or she will be subject to persecution.

There is a separate ground of withholding of removal provided under the United Nations Convention Against Torture, for applicants who would be tortured if returned to their home country.

The standards for withholding of removal are harder to meet than those for asylum. But withholding is a useful option in cases where the person is barred from a grant of asylum for some reason (perhaps due to the past commission of a crime) but would truly be killed or tortured if returned home. Some people are even barred from a grant of withholding of removal, however, including those who have participated in the persecution of others or those who have committed a particularly serious crime.

A grant of withholding of removal is not, however, as beneficial as a grant of asylum. It ​does not lead to a green card. It is just the U.S. government’s way of saying, “We won’t deport you for now.”

Additional Information to Submit​ With ​Form I-589

Filling out Form I-589 is just the beginning. You or your Miami immigration lawyer should prepare a detailed personal statement explaining your need for asylum, include copies of documents proving who you are and what danger you face in your home country, prepare affidavits from witnesses, and more. Remember that many people apply for asylum — and the U.S. immigration authorities have seen many frauds, where people “borrowed” a friend’s story or made one up.

Your job is to anticipate these doubts and find as many ways to give convincing personal information corroborated by outside evidence as possible.

What Will Happen in the Court Hearing

By the time of the hearing, you (hopefully with the help of your attorney) will have submitted all the documentation described above. There is no fee to submit this application.

At the hearing, your attorney will have a chance to ask you questions so that you can personally tell the judge your story and why you have faced or currently fear persecution if returned to your home country.

Your memory becomes very important in this process. As well as you think you know your own story, anyone can get confused by dates and other details. And if you start saying things that are inconsistent, the judge may doubt your credibility (think you are lying).

The hearing is not a pleasant process, but it should give you the chance to fully tell your story and present your evidence. It may last well beyond one day. If it needs to be continued to another day, it will typically be rescheduled several weeks into the future.

The Immigration Judge’s Decision on Your Case

The judge will most likely tell you his or her decision at the end of the hearing. It will take the judge a long time to explain the decision — you may be frustrated waiting to hear the final “approved” or “denied.” That is because the judge is trying to build a record for appeal. If either you or the government appeals the case (both of which are possible), the Board of Immigration Appeals (BIA) and later the federal court that hears your case will read a transcript of the judge’s decision to figure out whether he or she acted correctly.

If your case is approved, you will be given a written statement reflecting that. Later, an form called an “I-94” will be mailed to you, showing your status as an asylee and your right to work. It should have no expiration date on it.