Applying for Asylum Status? Not So Fast. 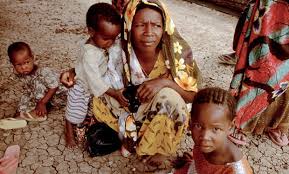 As Miami immigration lawyer who has worked on quite a number of asylum cases, I have, over the years, encountered quite a few misconceptions about the filing of asylum claims.  Below are some frequently held myths about asylum claims in the United States.

1. Aren’t asylum and refugee status one and the same?

No. In the eyes of the United States government, asylum seekers and refugees are separate and distinct.

An asylum seeker must demonstrate that he or she has a well-founded fear of persecution based on one or more of five grounds:

Refugee seekers, on the other hand, must meet the standard above, as well as the following:

If you have any questions in regard to what category you fall into, do not guess. I would highly recommend that you consult with a Miami immigration attorney to discuss your options.

2. Getting approved for asylum is easy.

This could not be further from the truth. The burden that the asylum seeker has to meet is stringent (see #1 above). In addition, there are certain categories of people who will not be approved for asylum, even if they do meet the definition of persecution as outlined in #1.

You can barred from receiving asylum from the United States government if it is found that you:

You will also be barred from receiving asylum if you are inadmissible because you:

3. Getting approved for an asylum claim is quick.

Not exactly. The United States government is inundated with asylum applications from all over the world. Therefore, you should have reasonable expectations for the time it takes to get an asylum claim approved. Before filing your application, it would be wise to consult with your Miami immigration attorney about the expected timeline.

In addition, be aware that asylum applications require a significant amount of documentation in order for the asylum seeker to demonstrate that he/she qualifies for relief. As such, asylum application packages are oftentimes lengthy, and consist of:

If you would like more information on applying for asylum, please contact Miami immigration attorney Michael G. Murray, Esq. at (305)895-2500 or visit our website at www.mmurraylaw.com .